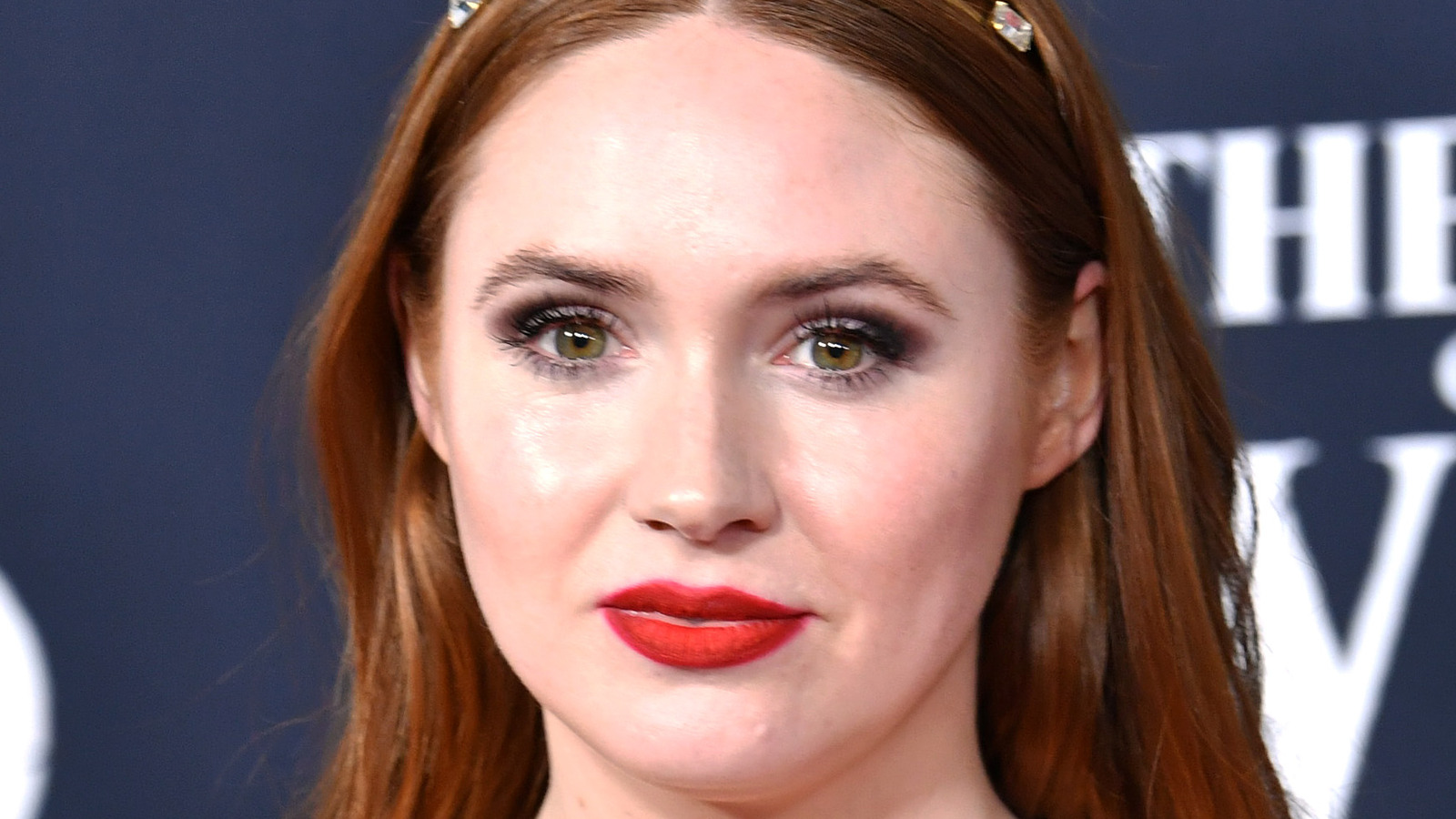 While it can be hard to determine on-screen, Karen Gillan is very tall. According to Celeb Heights, the actress is 5 foot 10 inches which she used in her favour when working as a model before making the switch to acting, per The Guardian. Despite her height being a non-issue for her, Gillan has had to adhere to some rules on set so her male co-stars can stand beside her in frame.

During an appearance on the “Beauty Fashion Friends” podcast, Gillan explained that it’s rare for her to wear heels on a film and that she’s “100 per cent” been stopped from wearing them during certain projects, Mail Online reported. “It’s happened usually during kissing scenes because it doesn’t look good when the guy is looking up to kiss,” she explained, adding that she’s even had some actors stand on boxes to correct the height mismatch.

But there was a time when Gillan wanted to be a “normal” height. “When you’re a teenager and you’re growing up you just want to fit into […] the normal version of what you think beauty is and mine was Britney Spears,” she explained. Spears is reportedly 5 foot 4 inches, according to Celeb Heights. “I was thinking I couldn’t be more different than Britney.” Gillan has a totally different outlook on this now, though. “I’m glad to be tall. It’s good to be gangly sometimes,” she concluded.

Encanto: Fan Theory offers an explanation for one of Disney animation's lingering questions

Jupiter promises romance that will treat you generously

How many children does Jamie Redknapp have?

Will Smith ‘overreacted’ by beating Chris Rock at the Oscars