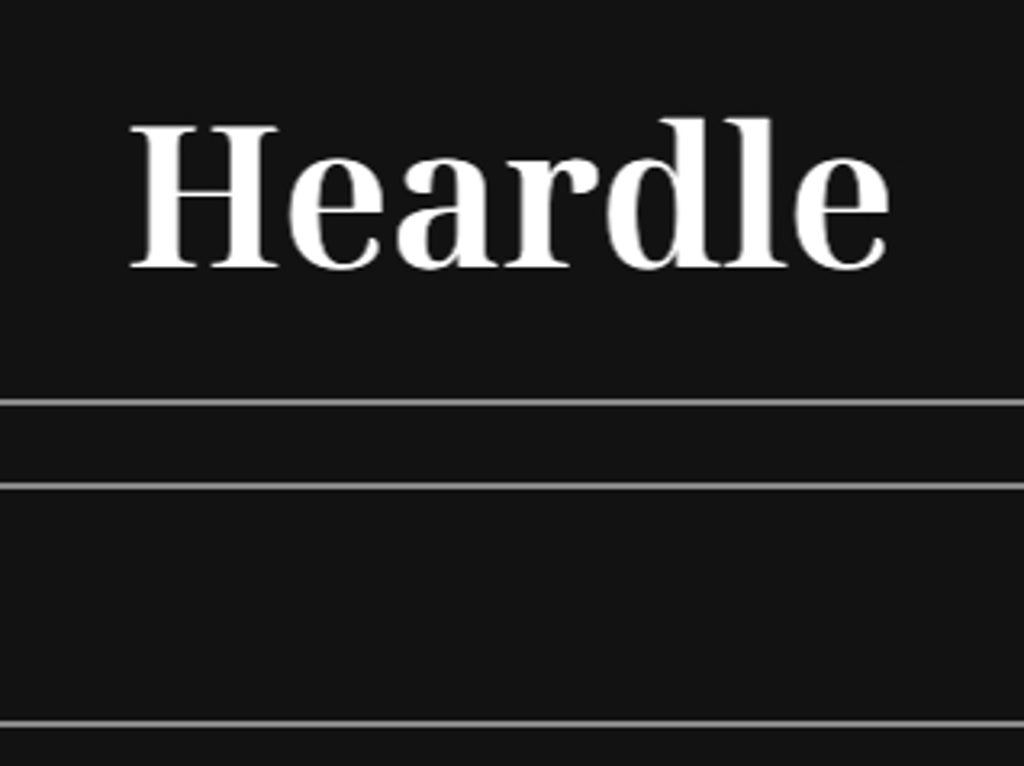 It seems like every day now there’s a new Wordle-inspired game to play.

New variations of the game have become available over the past month, including Quordle, which is basically four games of Wordle in one, albeit with more guesswork, Octordle – again the same but with eight grids – and Wordle, which tests the geographic knowledge of the Users by isolating a country to guess.

In the past few days, Heardle has started trending on Twitter. This new version, found on Heardle.app, tests users’ music knowledge.

They start with a tiny snippet of a song, and each time you add a new clue, they get longer. You only have six guesses to name the song and the artist.

It’s important to note that you don’t have to guess every time – you can just skip ahead until you think you know the answer.

If you’re worried about an obscure album title being picked by an artist you’ve never heard, don’t worry — Heardle’s website explains that it based its library on “some of the most streamed songs in the past.” “Put together a decade” on Soundcloud.

You wore your headband wrong