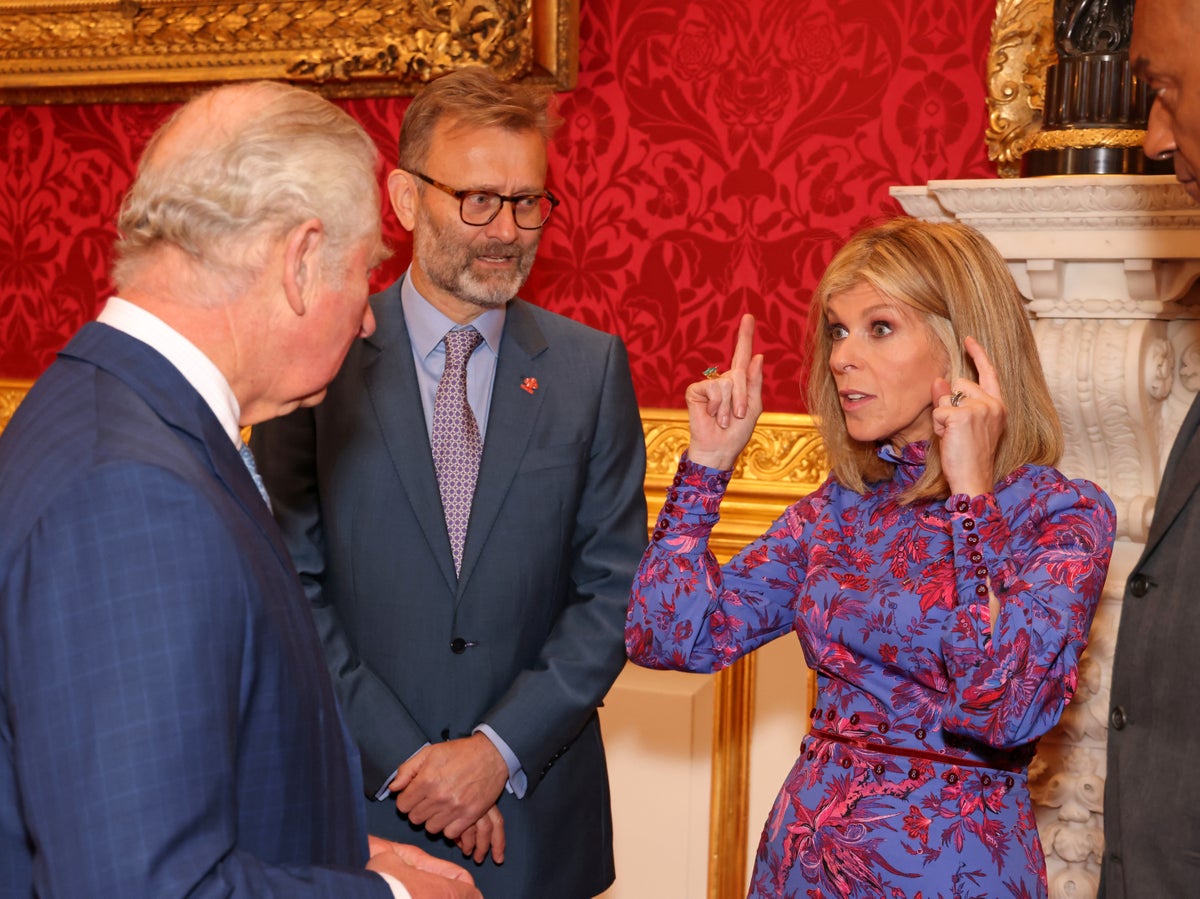 The monarch, who ascended to the throne this week after the death of his mother, met Garraway when he was the Prince of Wales.

Dressed all in black, Garraway hosted Friday’s (September 16) episode of GMB. Towards the end of the episode, she described meeting the king at an event for his organization, The Prince’s Trust.

“The last Prince’s Trust event ceremony was a very rainy day,” she recalled. “I got soaking wet and smelled like a wet dog.

According to the presenter, the future king replied: “Oh, I hadn’t noticed that.”

“Then there was a massive clap of thunder and do you think that was the foreshadowing of things to come? It was like he was Thor that day, let alone King.”

Garraway isn’t the only TV star to describe an amusing clash with royalty this week.

Doctor Who Star Matt Smith said Prince Harry jokingly addressed him as “grandfather” in reference to his portrayal of Prince Philip in The crown.

https://www.independent.co.uk/arts-entertainment/tv/news/king-charles-kate-garraway-gmb-b2168713.html GMB: Kate Garraway recalls ‘smelling like a wet dog’ to King Charles during the meeting.

Cardi B pleads guilty to strip club brawls in 2018