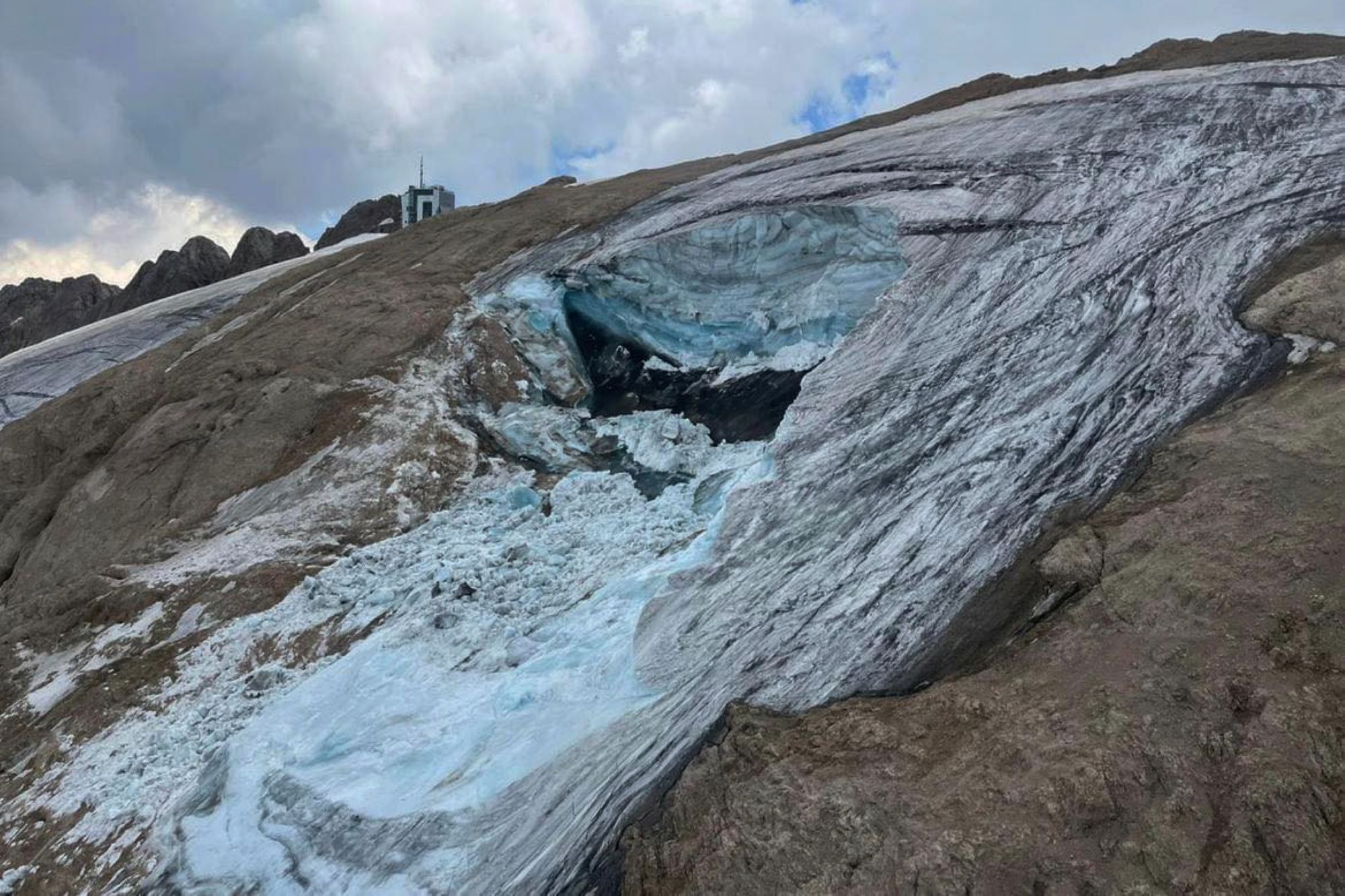 Parts of a mountain glacier collapsed in record temperatures on Sunday in the Italian Alps, local authorities said, killing at least six people and injuring eight.

Trento’s provincial government said rescue operations were underway after a major “ice avalanche” involving hikers, adding that there was likely to be a “high toll”.

The avalanche occurred on the Marmolada, at more than 3,300 meters the highest mountain in the Dolomites, a mountain range in the eastern Italian Alps that stretches across the Trento and Veneto regions.

Injured were taken to hospitals in the nearby cities of Belluno, Treviso, Trento and Bolzano, said Veneto President Luca Zaia.

The huge mass of ice collapsed near Punta Rocca, on the route normally used by hikers and climbers to reach the summit, the Alpine Rescue Unit said.

“Fortunately, the weather conditions are good, but there is a risk that further collapses could occur,” said a spokesman.

Helicopters and dogs were used to find survivors.

An early summer heatwave in Italy caused temperatures on the Marmolada to hit 10 degrees Celsius (50 Fahrenheit) on Saturday, Zaia said.

Rising average temperatures have meant that the Marmolada Glacier, like many others around the world, has steadily shrunk in recent decades.

Oldest and Youngest Athletes at the 2022 Winter Olympics – NBC10 Philadelphia

April Fool’s Day 2022 LIVE: The Best Jokes and Pranks as They Happen