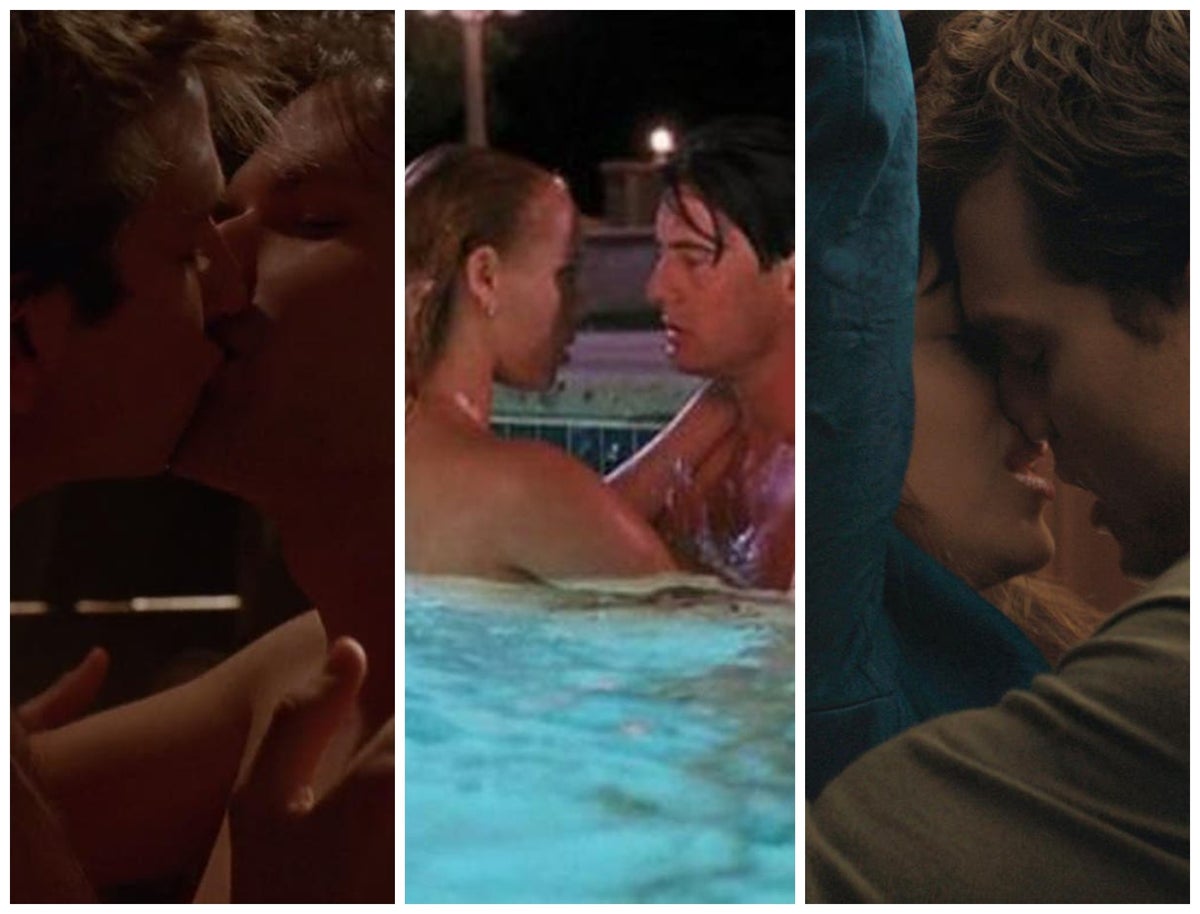 Anyone who has had access to an awkwardly placed mirror knows that sex rarely looks good. But you’d think Hollywood could make it seem that way. Actors are hot. Editing means no cumbersome repositioning required. Cameramen make the lighting soft and flattering.

To make you feel better about your probably non-existent sex life coming out of lockdown, here is a list of some truly awful cinema sex.

Read below to see the worst ever sex scenes on film:

Name a more iconic film line than It’s turkey time! Gulp, sip” – we wait. It’s the wacky words of Jennifer Lopez’ Gigli character, a lesbian assassin who seems unable to resist the masculine allure of…wait for it…Ben Affleck. It’s an invitation to oral sex and you’ll have to watch the film to find out if he accepts. eh

Admittedly, cross-species coitus is a tricky concept to come across as sexy — something traumatized Howard the Duck viewers discovered when Lea Thompson snuggled up with her “so incredibly soft and cuddly” feathered friend. eh

There are few things less thrilling than Heather Graham and Joseph Fiennes getting tangled in a selection of silk ropes. It was all made even more excruciating by Graham’s whispered voiceover, “I gave up all control, I loved it.” Fifty Shades of Grey, eat your heart. eh

Maps to the Stars

Julianne Moore asks Robert Pattinson verbatim, “Will you f*** my holes?” And, dear reader, it turns out he does. He would like very much. So they have very stressful looking sex in a car on the side of the road. And then it kind of gets worse – she gets out of the vehicle and wipes his semen off her leg with a scarf. eh

One of the most notorious sex scenes of all time is Madonna and Willem Dafoe’s experimenting with hot wax in Body of Evidence. “My way,” murmurs the Queen of Pop, straddling Dafoe and pouring melted wax and champagne all over his body before continuing to lick him up. It’s not a Mary Berry recipe, we can tell you that much. eh

There’s a lot wrong with Showgirls, but the filmmakers really outdid themselves with Elizabeth Berkley and Kyle MacLachlan’s special splash in the pool. The combination of beatings, bubbling water, fountain stroking and ecstatic howls is the stuff of nightmares. eh

The Room is widely recognized as one of the worst movies of all time – and its sex scene between Tommy Wiseau and Juliette Danielle is a big part of that. Why does he seem to be poking in her belly button? Why? eh

There are many shades of evil in the sex scenes of this S&M franchise. But the worst has to be when Christian ties her up, blindfolds her with his shirt and then squirts an ice cube all over her body. Which misguided women’s magazine did he get this advice from? AL.

This much-maligned sequel begins with Stan Collymore and Sharon Stone speeding through Canary Wharf at 100 mph. The two moan and giggle as she fumbles for his stick shift until they overturn the car and he dies. Not quite the happy ending he was hoping for. AL.

Bradley Cooper and Michael Ian Black’s sex faces are so exaggerated they look like emojis. It’s hard to understand how campers reach these heights of pleasure considering there’s about 12 inches of air between their crotch. Rather lukewarm American summer than hot and wet. AL.

You shouldn’t have sex with your son’s fiancé. But you definitely shouldn’t do that if it ends up looking this bad. Jeremy Irons lunges at Juliette Binoche like a giant bear before dragging her across the carpet (think the burns). No wonder she said she didn’t enjoy his dangling parts touching her. AL.

If these walls could talk 2

If these walls could talk they would say please stop having sex with Dido. They would also have something to say about the endless sticky footage of hands floating across skin, pulling hair, and disappearing under sheets. It’s so sloppy, I’m surprised Ellen DeGeneres and Sharon Stone aren’t dripping off the bed onto the floor. AL.

What many women don’t want is a sex scene with Mel Gibson. What women want even less is to see a scene with so many clichés: a man talking to his penis in the bathroom. A light that lights up when you clap. A woman crying so loud you can’t tell if she’s been hit by a truck or if she’s in the midst of an orgasm. AL.

Leonard Cohen’s “Hallelujah” is a great song, but it’s certainly not sexy. In the much-ridiculed Watchmen sex scene, Malin Akerman opens a latex chest protector to the lyrics, “Now I’ve heard there was a secret chord David played and it pleased the Lord”. Unfortunately, nobody will be happy about this display. AL.

https://www.independent.co.uk/arts-entertainment/films/news/sex-scenes-movies-worst-gone-girl-avatar-b2124976.html From Gone Girl to Avatar: The 17 worst sex scenes in film history

Box office: ‘The Batman’ remains strong at $66 million by its second weekend

Who stars in the Amazon Alexa Super Bowl commercial?