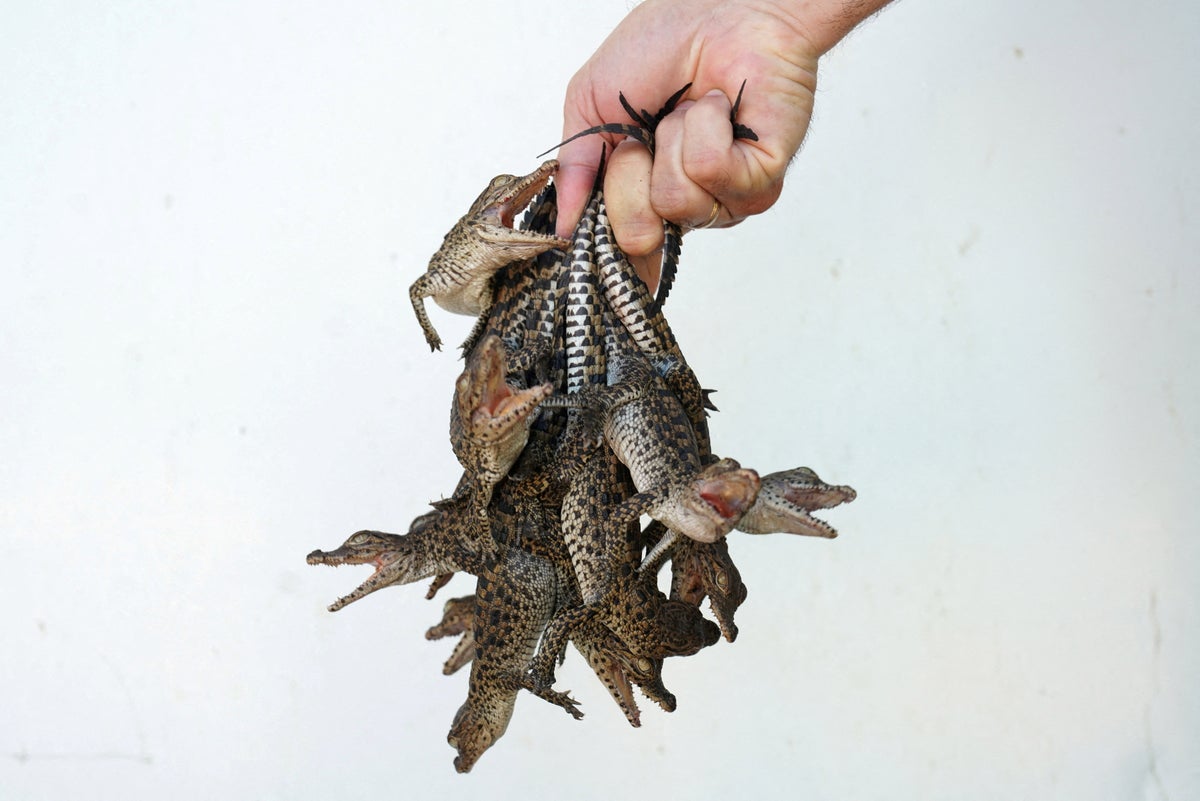 Shirtless and waist-deep in the dark waters of Cuba’s palm-dappled Zapata Swamp, explorer Etiam Perez releases a baby crocodile confiscated from illegal hunters back into the wild.

It’s a small victory, he says, in a bigger fight. Cuban crocodiles, an endemic species found only here and in a swamp on Cuba’s Island of Youth, are critically endangered and have the smallest natural habitat of any living crocodile species, scientists say.

“We’re trying to bring them back from the brink of extinction,” says Perez, as the spotted reptile with a mouth full of fine teeth and a striped tail kicked and disappeared.

Illegal hunting and hybridization with American crocodiles — messing up the species’ genetics — have threatened populations here for decades. A warming climate that is changing the sex ratio of newborn crocodiles poses a new threat.

And despite the fact that the Cuban government has protected virtually all of the vast swamp — widely considered the best-preserved in the Caribbean — that still may not be enough, scientists say.

“If you compare the Cuban crocodile to other species in the world, its home is very small,” says Gustavo Sosa, a Cuban veterinarian at Zapata.

Cuban scientists estimate that around 4,000 Cuban crocodiles live in the wild. But because the area they prefer within the wetland is relatively small, a climate-related disaster — which is now becoming more common around the world — could wipe out most of the population.

Decades ago, these concerns prompted the Cuban government to sign off on a breeding program that releases several hundred crocodiles into the wild annually. Researchers like Perez are also releasing crocodiles confiscated from hunters as part of a program that has helped reduce poaching of the species.

The International Union for Conservation of Nature (IUCN), which listed the species as critically endangered in 2008, says its assessment and population estimates need updating, but confirms longstanding concerns about the species’ limited habitat.

“With the hatchery, we’re trying to expand the historical range of the Cuban crocodile and, of course, increase the number of these individuals in the wild,” says Perez.

The sale of crocodile meat is strictly controlled by the state in Cuba, and only crocodiles with physical defects or hybrid genetics are allowed in restaurants, for example. However, there is still an illegal market in some areas, especially near the swamp.

But at Zapata, those concerns feel far away as this year’s crop of newly hatched crocodiles, still covered in slime from their eggs, snap their jaws at chunks of fresh river fish and move in unison as they discover their new world.

The newborns quickly become fierce and intimidating predators that can reach nearly five meters in length as adults, according to scientists. The Cuban crocodile, says veterinarian Sosa, is particularly argumentative and has little fear of humans.

“It’s a very curious creature,” says Sosa. “When you see one in nature… you know it’s a Cuban crocodile because it comes to you.”

https://www.independent.co.uk/climate-change/cuban-crocodile-extinct-hunt-b2162811.html Fighting to save the Cuban crocodile from extinction

"Monarch" star Anna Friel on country drama: "So much emotion"

Rudy Giuliani calls 9/11 the 'greatest day of my life'

As we see: Amazon Prime release date, and who will star in the cast with Albert Rutecki and Rick Glassman?