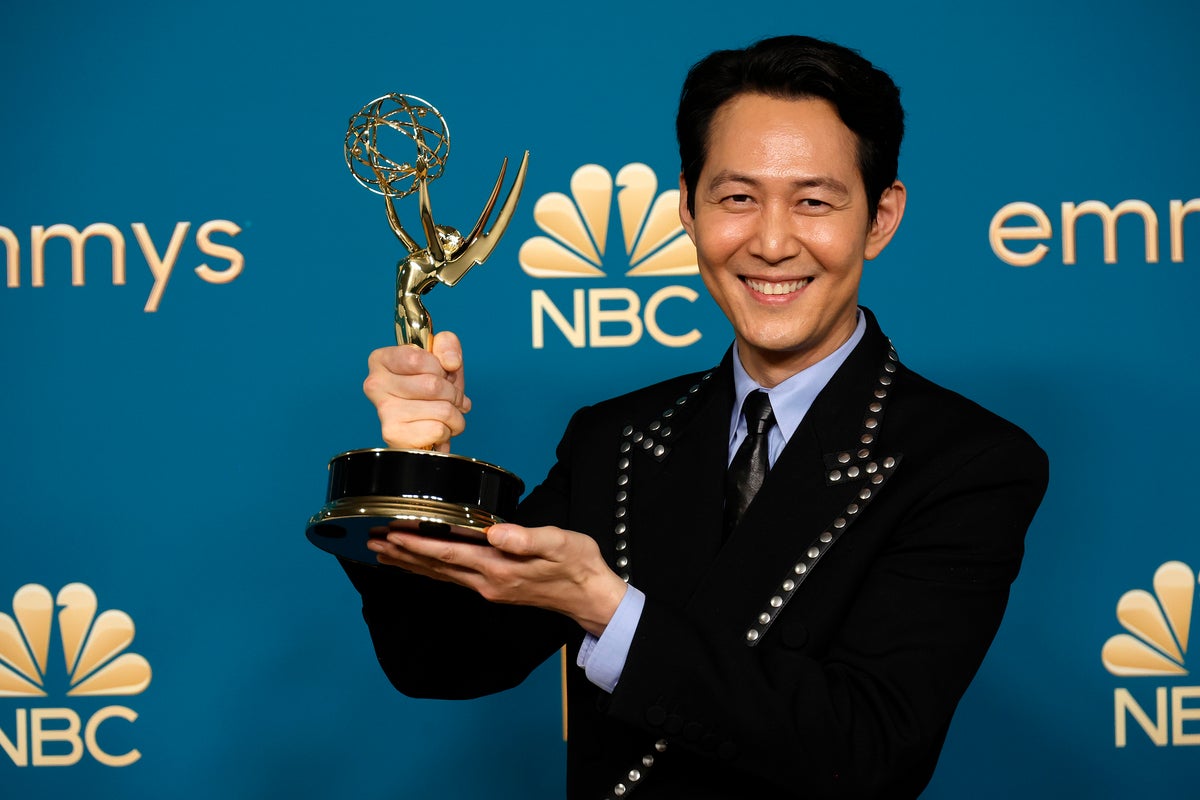 Squid Game Star Lee Jung-jae made history by becoming the first Korean actor to win an Emmy for Best Actor in a Drama.

During the ceremony Monday night (September 12), the 49-year-old actor won the Emmy for his starring role in the Korean-language series.

“Thank you to the television academy, thank you to Netflix, and thank you to the director for bringing realistic problems we all face to life on screen with a great script in such a creative way,” he said during his acceptance speech in the star-studded cinema ceremony.

“Many Thanks Squid Game Team. Thank you to all viewers in Korea,” he added.

Lee beat out Bob Odenkirk, Jason Bateman, Adam Scott, Brian Cox and Jeremy Strong to win this award. He is the first Asian actor to win the Drama Award for a non-English language role at the Emmys.

Aside from Lee, the show’s director, Hwang Dong-hyuk, was also the first Asian director to win in the Outstanding Drama Series category and the first director ever to win for a non-English language series.

Korean actress Lee You-mi also received an Emmy for Outstanding Guest Actress in a Drama Series for her role as Ji-yeong.

To learn more about the biggest talking points of the 2022 Emmys, click here.

GoldenEye on Xbox Game Pass is not the XBLA remake

Customer learns her favorite Dunkin’ employee has been evicted, surprising her with a new home