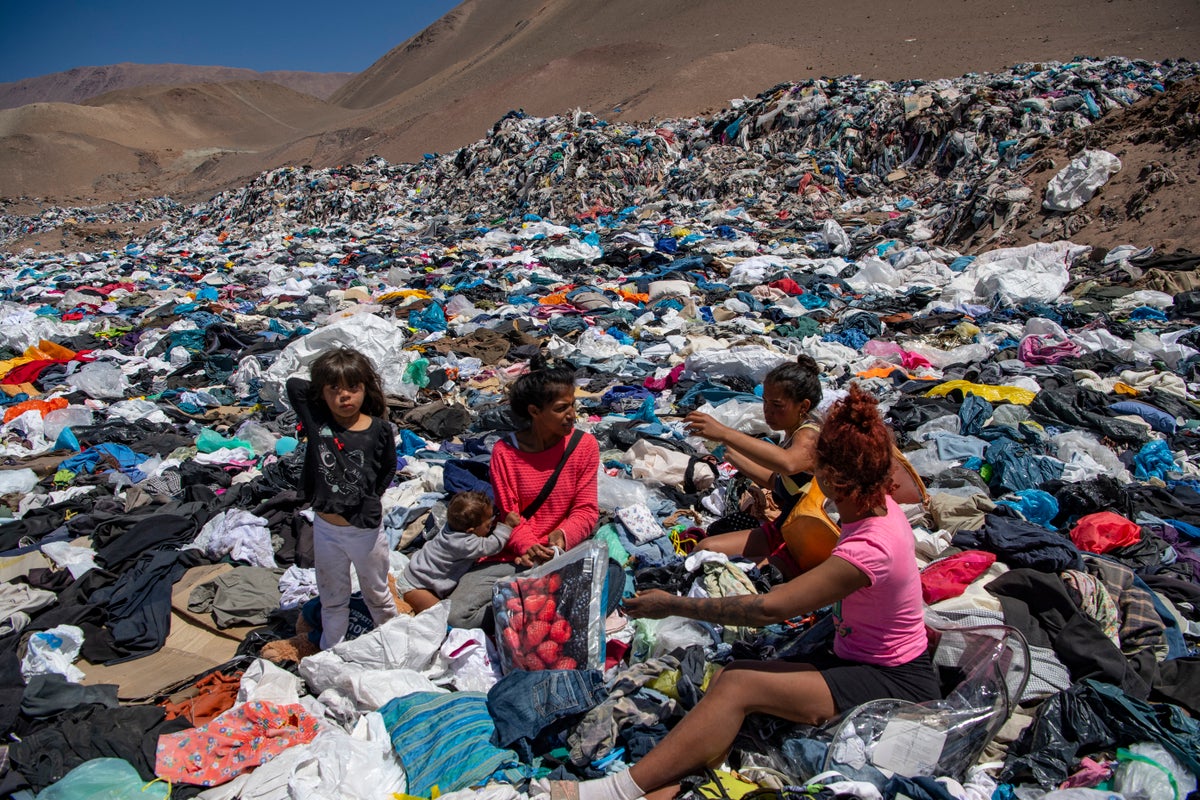 The 2022 shortlist for the Earth Photo international photo competition and exhibition has been announced.

The competition aims to celebrate photographs and videos that tell stories about the planet and human life.

Photographers and filmmakers from all over the world are invited to submit their images or short films on the topics of people, places, nature, forests in transition and climate in transition.

This year, 56 photos and videos from 35 artists were selected by a jury of photography, film, geography and ecology experts, chaired by Pulitzer Prize-winning photographer Marissa Roth.

“There’s an unexpected cheerfulness in this year’s shortlist, with plenty of smiling faces and even humor, in addition to seriousness and irony,” said Ms. Roth.

“A reverence for nature and a nod of awe and wonder are evident in most of the images, although some of them address climate change. It feels like the lights have been turned on again towards hope after two challenging years during the pandemic.”

Mr Chattopadhyay was recorded at Midnapur in the West Bengal region of India capturing young Malati’s wedding night. Tropical Cyclone Yaas in 2020 caused the dam holding back the Keleghai River to rupture, resulting in the flooding of Malati’s village.

Mr. Chattopadhyay is an IT professional and award-winning photographer featured in National Geographic. Speaking on his entry, he said: “In the prestigious Earth Photo Contest, I focused on people’s lives due to climate change, nature and people’s lives in rural areas.

“We have already destroyed our planet. But we still have some time for the restoration before it’s too late. I mainly focused on the different factors of climate change and the global warming response.”

On the Pink Planet – 1 car and 2 people, Yevhen Samuchenko

Captured in the pink salt lakes of southern Ukraine in 2019, Mr. Samuchenko photographed two people and a single car alongside the natural wonder.

He said: “When you first see the pink salt lakes of the Kherson region of Ukraine, you feel like you’re looking at another planet. During the summer months, microscopic algae turn the water pink and red. The view from above is literally out of this world.”

Mr. Samuchenko is an award-winning photographer from Ukraine and his work depicts the changing relationship between humans and nature. Through his images, he hopes to highlight the “fragile beauty of our planet and the possibility of dialogue in man’s interaction with nature.”

Recorded in Colldejou, Tarragona, in his native Spain, Mr. Bueno’s contribution aims to demonstrate the need for renewable energy in the fight against climate change.

Mr. Bueno said of his work, “My photographs reflect not only the beauty of our planet, but also my own memories and biography.

“Unfortunately, they also reflect the ongoing degradation of nature in the hands of humans. I wish my photos, as well as those of my colleagues, could help us to become aware of this humiliation.”

Mr Loubeyre’s contribution shows the 2021 eruption of the Fagradalsfjall volcano in Iceland, near the country’s capital, Reykjavík.

The acclaimed photographer spent 12 days documenting the volcano in all weather conditions and said the eruption was “one of those rare events that catches the viewer’s attention.”

Mr. Loubeyre aims his work to capture the “raw beauty of harsh environments” and believes photos that are difficult to capture add a hidden element to the end result.

Captured at Perranporth Beach in Cornwall, we see 70-year-old Annie getting up at dawn to go for a swim with her friends in the cold morning water.

Ms Ffinch’s ‘Wild Swimmers’ series aims to explore ‘how people are strongest when they come together in the face of adversity’ and after the loneliness and fear many are experiencing during lockdown, she wants the ‘poignant Emphasize the connection between people and nature, which is essential for survival.”

Ms Ffinch is an award-winning photographer, having won awards at the British Photography Awards and the Portrait of Humanity Awards, among many others.

He said it shows the “mature fruiting bodies of Metatrichia floriformis splitting open to release their orange spores. Their red stems and petal-shaped tips are distinguishing features.”

Mr. Webb uses macro lenses to refine the beginnings of nature’s growth, which the veteran photographer says has added another dimension to his photography, which depicts subjects from nature and human life.

The images show children sitting on at least 39,000 tons of discarded clothing dumped in the desert, roughly the weight of about 85,000 wings.

Mr. Bernetti is a photojournalist who has worked in multiple war zones during his 25-year career and has been featured on multiple news platforms including The Independent.

Mr Felix’s entry, taken in the seas of Tossa de Mar in Spain, shows the symbiotic relationship between a small shrimp and a Mediterranean moray eel.

Mr. Felix has been a nature photographer for around 25 years and often takes his pictures during his many diving trips.

Filmed in Satkhira district in south-west Bangladesh, Mr Hasan’s contribution features one of many families in the region devastated by climate change.

“Their country has disappeared into the river and their survival depends on their work to earn a living. Scientists predicted that by 2050 the seawater will drown the entire coastal belt of Bangladesh around the Sundarbans,” Mr Hasan said.

The Bangladesh-based documentary photographer, filmmaker and visual artist deals with human rights, social development and the environment in his work. Mr Hasan has also worked with several charities including Oxfam, the Red Cross and Water Aid.

Taken in the English Lake District, Mr Rippin’s entry shows a scene of fallen trees, snapped at the trunk following the devastation of Storm Arwen.

Dey’s entry, taken in Bogura, Bangaldesh, shows the task of picking red peppers in the region under the blazing sun.

In the photo, Dey said: “Bogra red chillies are in high demand across the country. Every year spice companies collect peppers from Bogura areas and every day from 8am to 4pm workers here do the work of drying and sorting the pepper shown in the picture.”

In his entry he said: “These insects were found in a lamp that had an accidental opening in the summer. I realized that this rich collection of insects needed to be documented. These are creatures that are all around us without us being aware of their important existence.”

Mr. Hermansen has featured his work in magazines such as National Geographic Magazine and Conde Nast Traveler and specializes in wildlife photography.

Only one left, David Bart

In his work, Mr. Bart examines the relationship between nature and man and considers the impact of human activities on the environment, describing man as “the master and owner of nature”.

In their natural habitat, Chris Eggleton

Taken in Kent, England, Mr Eggleton’s entry is a portrait of the accumulated disposal of unwanted items in a river exposed at low tide.

The UK-based photographer said he “attempts to portray the accumulated disfigurements inflicted on the natural environment as a result of the accidental neglect for which we are all, to a greater or lesser extent, responsible as members of society.”

Mr Eggleton’s portrait photographer has been recognized and exhibited in Britain and France.

The Earth Photo 2022 exhibition is open until 26 August at the Royal Geographical Society in London and a selection of the shortlisted photos will be shown on a nationwide tour of Forestry England sites from 11 July.

The Earth Photo 2022 winners will be announced at a private ceremony on July 14 at the Royal Geographical Society in London.

What is the best bath medicine for someone with eczema?