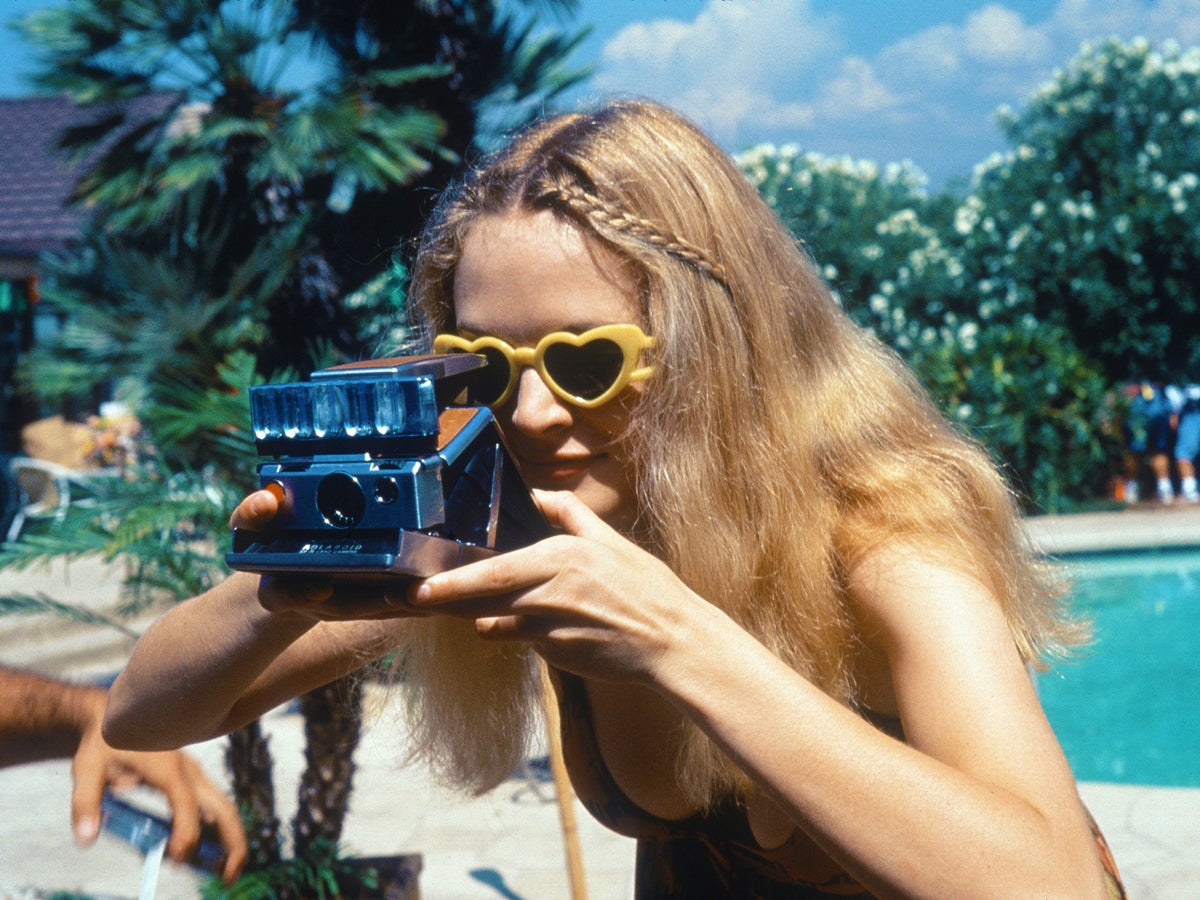 Refusing to come out of his trailer was one thing; elsewhere on the shoot, it almost came to blows – Reynolds took a swing at the 26-year-old Anderson. “I wasn’t there for that,” says Stein. “I heard about it though!”

Twenty-five years after it premiered at the Toronto Film Festival (on 11 September 1997), Boogie Nights remains sumptuous filmmaking, with stunningly crafted characters. Industry players didn’t understand it, though. Not least of all Reynolds, who reportedly fired his agent after clashing with Anderson on the set. Wahlberg, who became a major Hollywood star in its wake, has also had an erratic relationship with the film – the devout Catholic has since said that he hopes God forgives him for starring in it, though he’s also boasted about still keeping in his possession Dirk’s giant prosthetic penis.

Like the best mockumentaries, The Dirk Diggler Story is an exercise in blinkered delusion. Characters possess an inflated sense of self, tragically unaware at how they present on camera. It’s full of sly, knowing humour and farcical moments. See Jack Horner, then played by Robert Ridgely, praying to not be struck down by the curse of premature ejaculation. The original Dirk meets a tragic fate – he dies of an overdose. Cue a hilarious, weepy montage of his life and career.

At one time, Anderson envisioned Boogie Nights as a feature-length mockumentary, before realising he was “blatantly ripping off Spinal Tap”, he’d go on to say. His script, then a weighty tome of 180 pages, had already been rejected. A script reader at Fox rated both its concept and storyline as “poor”. Anderson was already on the defensive with studio brass. His debut feature, the gambling thriller Sydney – starring Philip Baker Hall and Gwyneth Paltrow – had been taken off of him in post-production and renamed Hard Eight (though he effectively stole it back). It was Michael De Luca, president of production at New Line Cinema, who championed Boogie Nights. Less convinced was New Line founder Bob Shaye, who was wary of Anderson’s phonebook-sized screenplay. Anderson saw the film as a three-hour, adults-only epic rated NC-17 – a kiss-of-death for any movie, meaning no one under the age of 17 was allowed to see it. De Luca had to cut his ambitions down to size. Anderson agreed to make Boogie Nights under three hours, with a more box office-friendly R rating.

Cinematographer Robert Elswit, who won an Oscar in 2008 for Anderson’s There Will Be Blood, wanted to make Boogie Nights for its deeper themes. “You’re so full of s***,” said his wife. “You just want to see the naked girls.”

Anderson initially wanted Leonardo DiCaprio for Dirk. The fresh-faced DiCaprio was interested but opted instead to make Titanic, later confessing that passing the part up was his biggest professional regret. He was courteous about it in 1997, though, recommending Anderson meet with Wahlberg, his co-star in The Basketball Diaries two years earlier. It was a risky proposal. Wahlberg was still best known for his ludicrous rap persona Marky Mark, and his Calvin Klein underwear ads. He only read the first 30 pages of Boogie Nights before meeting Anderson, whom he told: “I know I’m going to love the rest of it, but I just want to make sure before I really fall in love with this and want to do it, that you don’t want me because I’m the guy who will get in his underwear”.

Stein recalls some concerns. He had “heard some things” about Wahlberg. “I was worried that Mark was going to be hip-hop Mark,” he says. “I met him and he was so nice – a great guy.” The brilliance of Wahlberg’s Diggler, says Stein, is the vulnerability. Indeed, Dirk may best be remembered and certainly most quoted for his impotent, cocaine meltdown – “You’re not the king of me, I’m the f****** king of Dirk!” – but the crux of Dirk is that he’s essentially a boy. See him crying as his mother kicks him out (“Please, don’t be mean to me!”), his constant wonderment at the world around him – oblivious to its sleaze – or showing off his bachelor pad, adorned with the naff spoils of newfound fortune. “It has that karate feel,” he says about the bedroom decor.

Like the real John Holmes, Dirk develops a dangerous cocaine habit, one that leaves him unable to perform. It results in a poolside shoving match between Dirk and Jack. The scene was filmed a day after a real bust-up between Reynolds and Anderson. Accounts vary on what caused the fracas: either Reynolds hated the film or felt disrespected by his director.

“I don’t want to put myself in the mind of Burt Reynolds but Paul is so strong-minded and Burt is a strong-minded guy,” Stein says. “I know that because I know other friends of his. I could see that happening.” Stein jokes that Reynolds could have been method acting. “Who knows, maybe Burt was doing some Daniel Day [Lewis]?! He needed to take a swing at Dirk in the pool scene.”

The latter half of Boogie Nights is an excruciating descent into desperation and stupidity: gay prostitution, a drug robbery gone wrong and a failed attempt at pop stardom. In a scene carried over from Exhausted, Dirk sings – if you can call it singing – “The Touch”, originally from the animated Transformers movie. “I saw the soundtrack in this 99-cents bin and I thought, ‘I’ve got to have this. This is too good,’” recalled Anderson.

The film’s climactic robbery is pulse-thumping, nerve-jangling lunacy, with a shotgun-wielding Alfred Molina – wearing Speedos, freebasing cocaine, and singing “Jessie’s Girl” – and a mute Chinese boy throwing firecrackers. Molina’s ears were plugged to dampen the sound, while Anderson shot the very real nerves of Wahlberg, Reilly, and actor Thomas Jane – first with firecrackers, then, after they’d got used to the firecrackers, a starting pistol.

Unlike John Holmes, who died of Aids complications in 1988, Dirk gets his redemption. Anderson decided to save his money shot for the final seconds: the reveal of Dirk’s 13-inch penis. For Anderson, it was like seeing the shark for the first time in Jaws. The prosthetic rubber penis was in fact seven inches – the full-length version looked monstrous on Wahlberg’s 5ft 7in frame.

There were months of back-and-forth with the Motion Picture Association of America to get Boogie Nights’ R rating, and battles with New Line’s Bob Shaye over the length of Anderson’s cut. Shaye had ammo: preview screening test scores were woefully low, causing the marketing executives to lose confidence. The filmmakers wondered if the wrong audience was being recruited. Producer JoAnne Sellar overheard viewers being rounded with the question: “Do you want to see Mark Wahlberg’s penis?” Bob Shaye even did his own edit – it scored marginally worse, helped by Anderson telling people at that preview screening, “This movie sucks. You’re gonna hate it.”

Officially released on 10 October 1997, Boogie Nights made $26m – a modest hit, though it was nominated for two Academy Awards. Critics were stunned. The Independent’s Chris Darke called it “a bravura piece of American filmmaking, up there with Goodfellas in scope and scale”. In The New York Times, Janet Maslin described Anderson as having a “display of talent as big and exuberant as skywriting”. Reynolds, reportedly distancing himself from publicity, missed out. “He would’ve won the Oscar had he not dug such a hole for himself,” Wahlberg later told Yahoo. Reynolds was diplomatic about the film in his autobiography but admitted that he’d “never sat down and watched the whole thing”. Reynolds also missed what Boogie Nights was to Nineties cinema: a big, bright shining star.

According to the NYPD, a woman was impaled on a fence after being hit by a car in NYC

Live in the theater that Meryl Streep launched