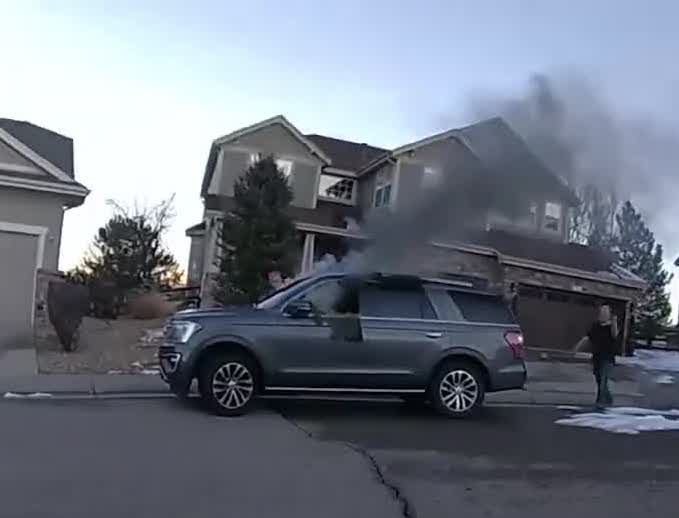 CASTLE ROCK, Colo. (AP /KDVR) – A sheriff is being praised for smashing the windows of a burning SUV and rescuing a scared dog in a Castle Rock neighborhood.

Body camera video of Douglas County Deputy Michael Gregorek from January 22 shows him arriving at the scene as smoke billows from the driver’s side window of the SUV.

List: Places You Still Need to Wear a Mask in Colorado

The owner frantically shouted that his dog Hank was somewhere inside the locked car. Gregorek asked the owner “where is it?” and whistle to get the dog’s attention.

He used a baton to smash two windows before pulling Hank out of the back of the SUV after the owner was unable to get him out and quickly carried him to a nearby snowbank.

By the time a vet arrived, Hank was already racing around and ready to play.