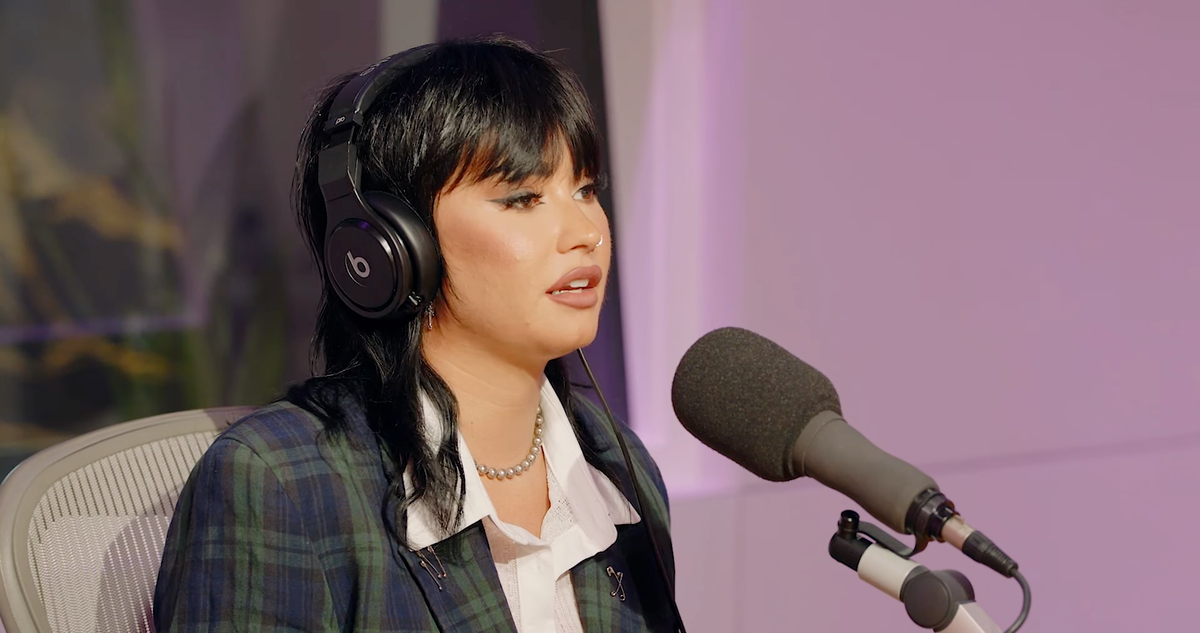 Demi Lovato apparently addressed the age difference with her ex-partner Wilmer Valderrama in her latest song, “29.”

On Wednesday (17 August), the 29-year-old singer – who recently changed her pronouns to her/her – released the track, taken from her forthcoming album Holy Fvck.

While Lovato kept quiet about the song’s meaning in a recent interview with Apple Music, the lyrics appear to highlight the 12-year age gap between her and the now 42-year-old actor, who she dated on and off between 2010 and 2016.

“Petal on the Vine / Too young to drink wine / Just five years a bleeder / Student and a Teacher,” she sings in the first verse. “Far from innocent / What the hell is consent? / Numbers told you not to do it / But that didn’t stop you.”

In the final chorus, Lovato seems to reflect on the relationship, saying she wouldn’t date someone 12 years younger: “Finally, 29 / 17 would never cross my mind / Thought it was a teenage dream, a fantasy / But it was yours wasn’t mine.”

At one point in the interview, Lovato revealed that during her recent stint in rehab, she focused on healing her past trauma with older men.

The host later asked, “You talked a bit about your triggered trauma dealing with older men, and you’re addressing that in a way on ’29’, that song was a reflection of the work you did in rehab ? Was it part of the healing?”

“Yes. When I turned 29 I remember being on vacation and I just realized I’m 29 now and that put things into perspective. It put everything in perspective,” she replied. “And I’m very careful about the way I answer these questions because I feel like the song says it all.”

Lovato added that turning 29 and going into rehab last year was eye opening and that the song captures the emotional release of her personal transformation.

“I would be lying if I said I wasn’t too scared to release this song. I just said, ‘I have to go for this. I have to stand by my truth. “And I still walk that line very precisely,” she said.

“29” is out now Holy Fvck scheduled release on August 19th.

A Lexi & Fez Romance? Plus, 5 more questions from the ‘Euphoria’ premiere

Here’s England star Andrew Shim facing JAIL for ‘a £75,000 unpaid drug fine’ after he was caught with 60kg of cannabis