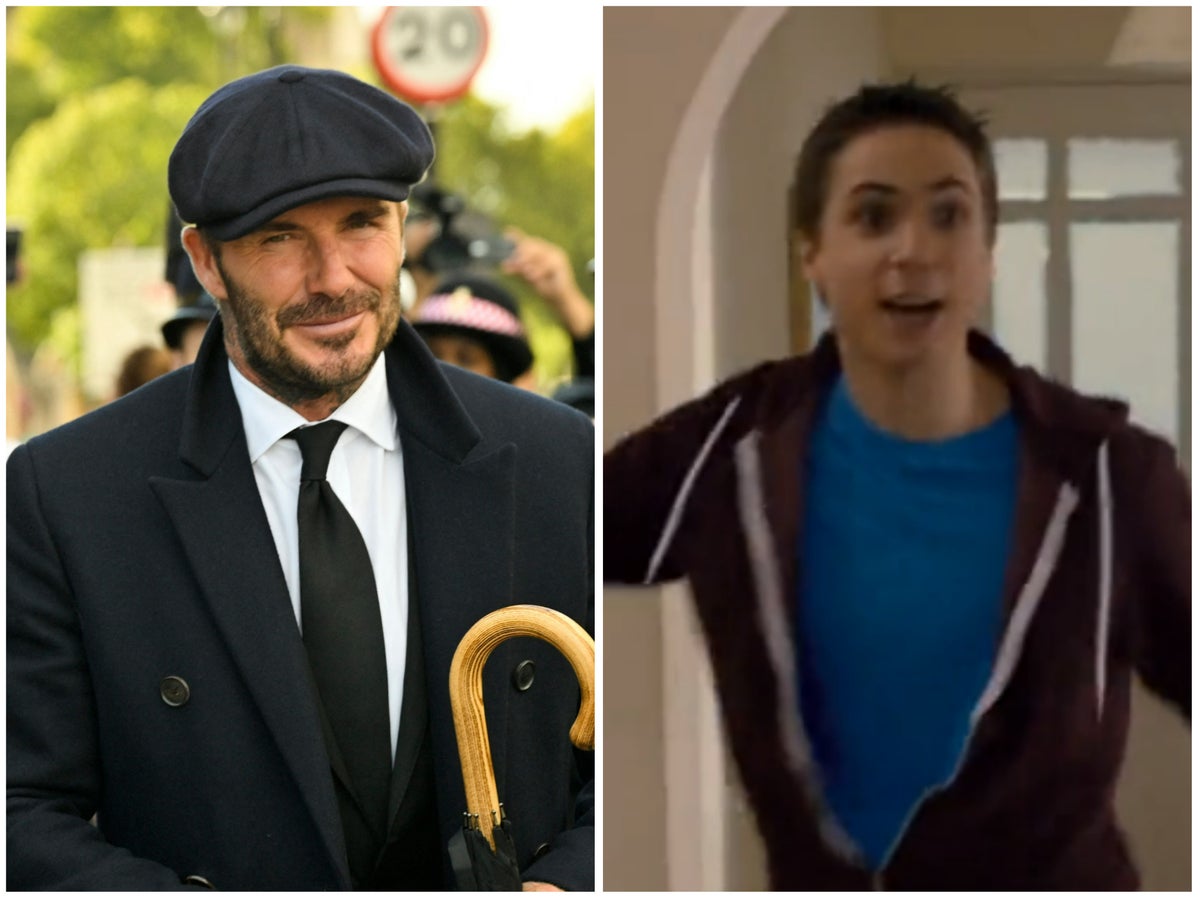 A tweet comparing David Beckham to Simon The in between has gone viral after the former footballer queued up with the public to pay tribute to the late Queen.

Beckham waited 13 hours in the public queue to see the Queen’s laying in state at Westminster Hall on Friday (September 16).

Many have since speculated that Beckham, in an act of desperation, queued to receive the knighthood.

The post includes a clip of Joe Thomas’ character Simon coming home and telling his mother that dinner “better be tasty” before turning on the TV and sobbing on his bed.

The caption reads: “David Beckham comes home tonight to find that despite queuing for 13 hours to see the Queen in state, he still does not have that knighthood.”

A spokesman for Beckham said at the time: “This story is based on outdated material that was taken out of context from hacked and compromised private emails from a third-party server and intentionally gives an inaccurate picture.”

They denied that Beckham was using his humanitarian work with Unicef ​​to attempt to obtain a knighthood.

Jessica Henwick must choose between the Resurrection Matrix or Shang-Chi

Madonna Shares a Gushing Note from Beyoncé After the ‘Break My Soul’ Collaboration: ‘Masterpiece Genius’