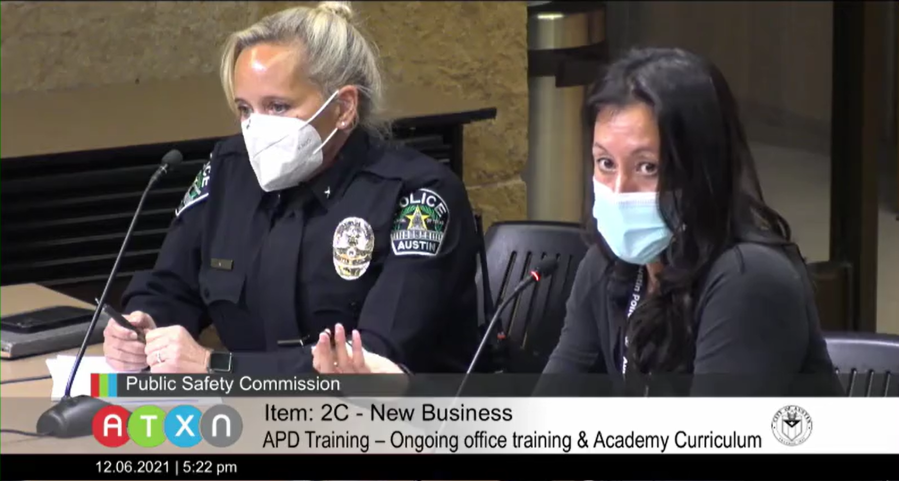 AUSTIN (KXAN) – Seventy-two cadets are expected to graduate from the 144th officer academy of the Austin Police Department on January 28.

Starting with 100 people applying this summer, 28 people will no longer graduate this winter for a variety of reasons, including:

Of the remaining 72 practitioners, 10 are female and 62 male, APD officials said.

Following questions from Austin Public Safety Commission members Monday, officials acknowledged some of the department’s challenges in attracting as many female applicants.

“Traditionally, we have thought in terms of service [in attracting female applicants]. If you say, ‘oh, you should serve,’ we said that’s the mantra that will attract women,” said Anne Kringen, director of training at APD. That’s not right. It’s about benefits, and it’s about challenging work.”

She said the main challenge facing the APD is bridging the gap between women who want to become police officers versus women who apply. She added that women are also lost in the application process, and noted “horrible” data on attrition rates for women remaining in the profession.

“We have terrible, terrible data on attrition, don’t we? So just because we have women in academia, it doesn’t necessarily mean they’re going to be in the profession on their own as well,” she said. “And so that’s something that we’re really interested in and really interested in unpacking and thinking about those specific challenges.”