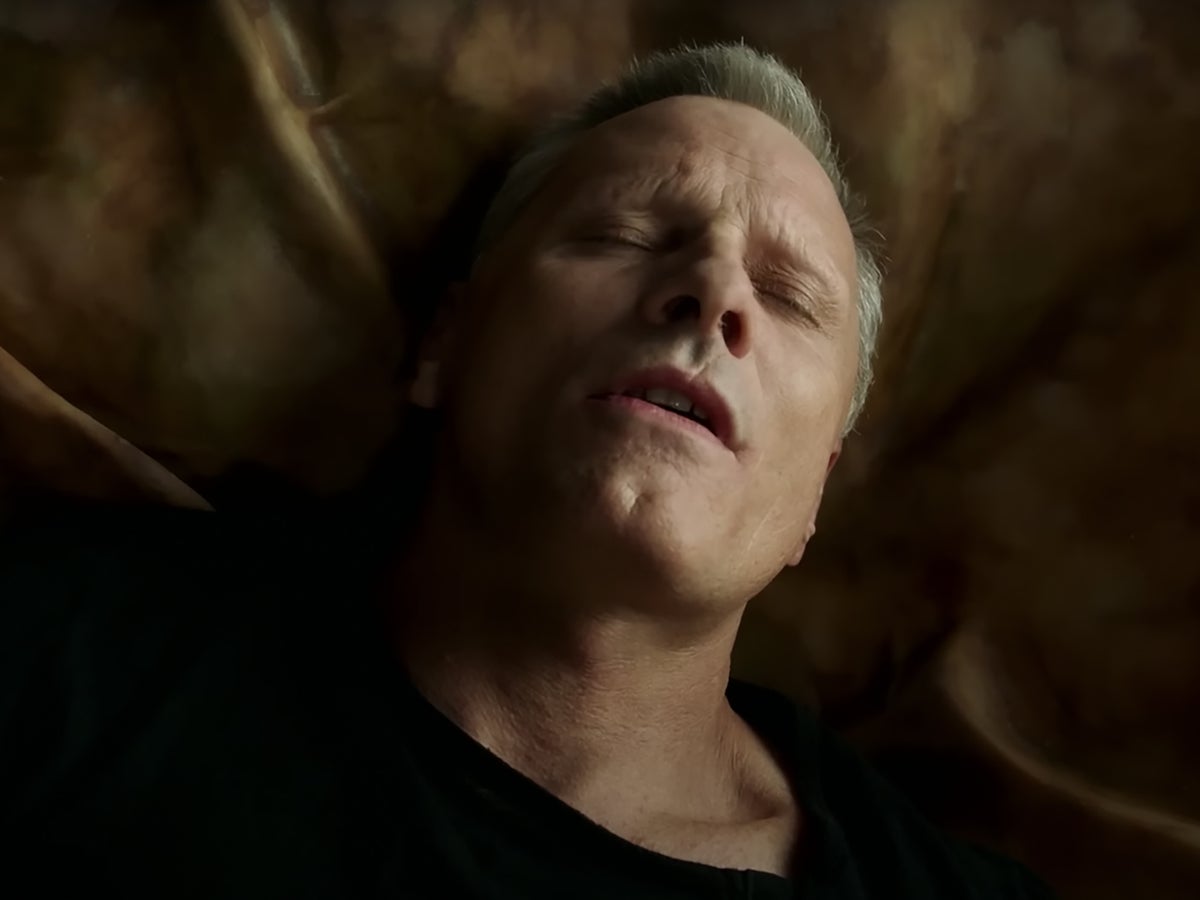 A little boy is having dinner. He happily nibbles on a plastic bucket in the bathroom. This is one of the typically unsettling early scenes in Canadian body horror master David Cronenberg’s deeply grotesque new film. This kid has the uncanny ability to digest plastic. It was created this way as an experiment to see if humanity can start feeding off its own industrial waste.

crimes of the future has the same title as a film Cronenberg made just before the start of his career in 1970. He has all the qualities that fans look for in his director’s work, full of provocative ideas and very lurid images. But the storytelling is cold and distant. Sometimes it is difficult to follow the narrative. This is anything but a smooth ride.

Back in 1996, Cronenberg’s JG Ballard adaptation crash was a scandalous success at Cannes, provoking strikes and absurdly censored reviews from British critics who accused the director of moral depravity. At this year’s festival in May, there were a strike or two during the film’s first press screening, but audience reaction was relatively muted. No one was surprised when surgical needles and blades began penetrating and cutting through human flesh or hollowing out body parts. They had been well warned in advance.

Viggo Mortensen plays performance artist Saul Tenser. His beautiful and mysterious assistant Caprice (Léa Seydoux) wakes him up from a long sleep early on. He’s a little stiff and tired – a Merlin-like magus in a black cloak, snarling. Saul is happy to have new organs put into his body to see if they grow or just become cancerous. During his performances, he has the neoplasms removed in front of an audience.

Something is going wrong in evolution. Man no longer feels pain. We are in a world where, as one character puts it, “surgery is the new gender.” Two investigators from the National Organ Registry – played by Kristen Stewart and Don McKellar – are fascinated by Saul’s experiments in reshaping and manipulating his body. Timlin (Stewart) is very attracted to Saul, but as he tells her in one of the film’s most absurd scenes, he’s “not very good at the old sex.” Characters here get their kicks from licking open wounds, not kissing or cuddling.

In his smaller moments crimes of the future is clunky and very close to self-parody. The film’s best scenes tend to be the most extreme, such as the ritual autopsy of a child whose body is ripped open, its oddly shaped entrails removed, and carefully placed on trays.

The overall eerie mood is enhanced by Howard Shore’s discordant music, while a seductive and mischievous Seydoux brings an air of Morgan le Fay-esque mystery to her role. Cronenberg, meanwhile, nods in the direction of classic tragedy. A grieving mother murders her own child in an act of rage against the father. This father is willing to sacrifice his own son’s body parts in the name of scientific advancement, or at least entertainment.

crimes of the future should be considered an interesting but rather insignificant late work in the director’s oeuvre. He explores familiar themes again. The film is highly stylized and shot almost entirely in dimly lit indoor settings. It has a touch of gothic S&M kitsch. There’s a lot of nudity, too, but Cronenberg depicts bodies as if they were artificial coverings for all the throbbing organs beneath. Those are his real interests. This is a film full of ideas but with very little excitement or passion. At times it’s more like a cerebral art gallery installation than a full-blooded dramatic film.

https://www.independent.co.uk/arts-entertainment/films/reviews/crimes-of-the-future-review-kristen-stewart-b2162313.html Crimes of the Future film review: S&M kitsch and an arrogant Kristen Stewart result in Cronenberg on a medium level

Does the iPhone 14 have a Touch ID fingerprint sensor for unlocking?

Mugger grabs a man at a fruit stand in NYC in broad daylight: video

The real reason Jason Sudeikis dropped out of college