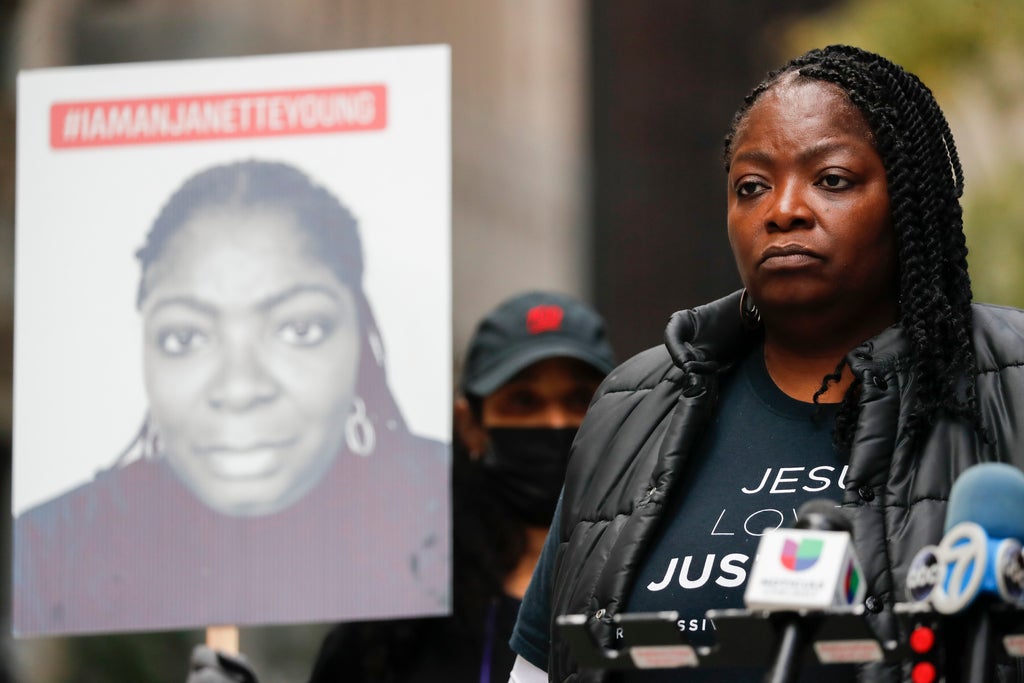 The Chicago The council on Wednesday voted to pay nearly $3 million to a woman who was handcuffed by police while naked during a 2019 raid on her home.

The unanimous vote to pay Anjanette Young $2.9 million was widely expected, coming two days after a panel committee voted to recommend that the panel fully accept the settlement and after the city’s law department said Young’s attorney had agreed to the amount.

Ahead of the vote, Alderman Maria Hadden said the council’s decision to pay was the correct way to “admit we were wrong and the city did something wrong”.

“We need to fix the system and fix the policies so we don’t continue to make the same mistakes,” she said.

With the settlement, the city avoided what Chicago Corporation Attorney Celia Meza said could be a much larger price tag if Young’s case went to trial. And the city’s case had serious problems, starting with the fact that the officers – as Young had told them many times – went to the wrong address. More recently, the Civil Police Accountability Office recommended the suspension or dismissal of eight officers involved in the February 2019 raid.

Young, a social worker, was getting ready for bed when several officers carrying a search warrant burst into her apartment, and handcuffed her while she was naked. The city’s code said Young was naked for 16 seconds, but the body cloth they put on her continued to fall off before she was allowed to get dressed minutes later.