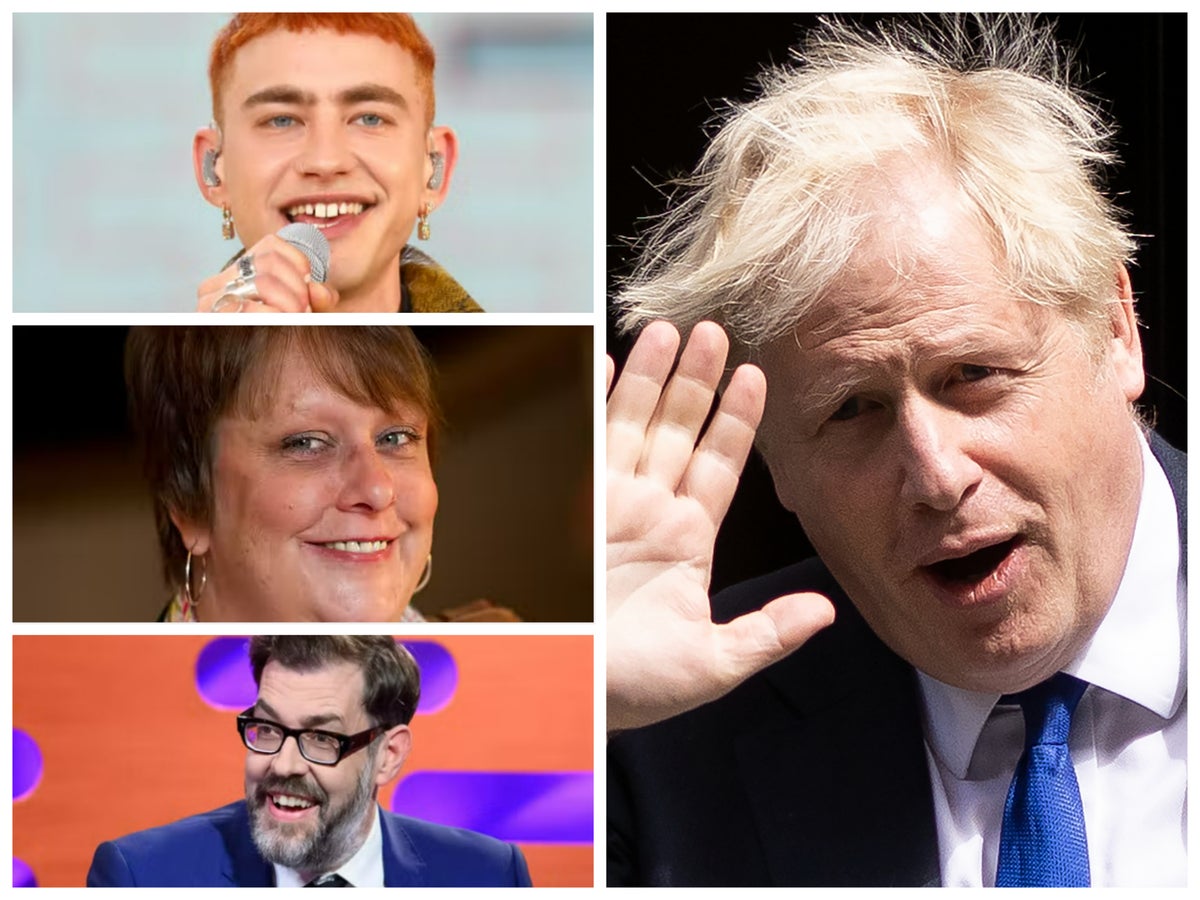 Olly Alexander, Richard Osman and Kathy Burke are among the celebrities who have reacted after Boris Johnson announced he will step down as Prime Minister today (July 7).

The outgoing prime minister has mass resignations from ministerial ranks and a cabinet revolt.

A total of 57 have resigned from or been sacked from the government since Tuesday night, including Chancellor Rishi Sunak and Health Minister Sajid Javid.

Many celebrities have responded to news of Johnson’s impending retirement on Twitter.

“Does that mean there are no more letters coming?” joked useless Host Richard Osman, with sad face emojis.

He added, “I imagine his resignation speech will be sober and classy.”

Comedian David Baddiel wrote, “I think a lot of people are going to feel the same way at this deeply historic moment, which is that FFS are going to give the resignation speech as soon as I have to go out later this morning, and I really want to sit here and poke fun at it.”

Piers Morgan tweeted: “CONFIRMED: Boris Johnson is stepping down as Prime Minister but plans to stay until October until a new leader is announced. That seems absurd – doesn’t he have to go now?”

https://www.independent.co.uk/arts-entertainment/tv/news/boris-johnson-resign-olly-alexander-richard-osman-b2117800.html ‘Bye You Clown’: Olly Alexander and Kathy Burke are among the celebrities celebrating Boris Johnson’s decision to step down

How old is Lily James and what is her net worth? – Sun