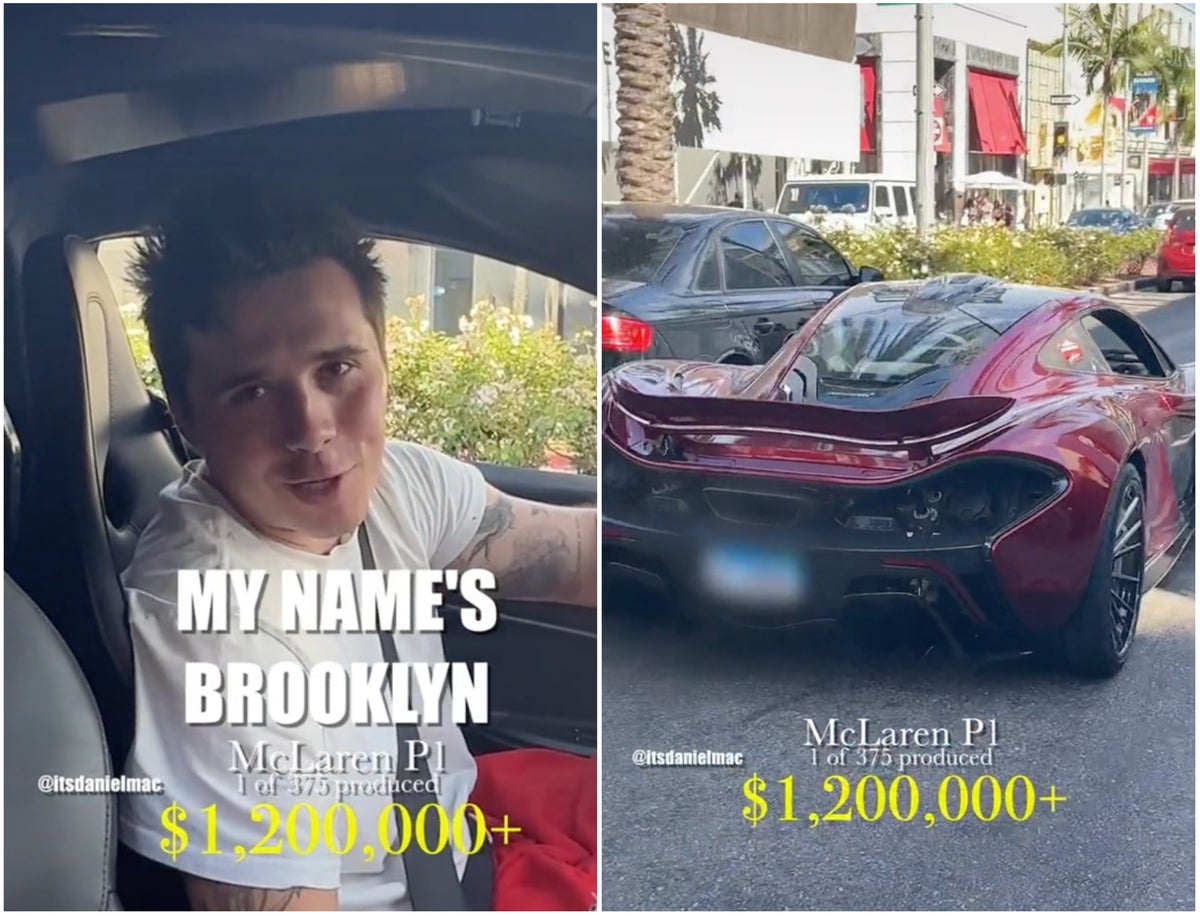 Brooklyn Beckham has been approached by a famous TikToker as he drives his £1.2million McClaren P1 supercar.

TikToker Daniel Mac makes videos in which he asks people in expensive cars what they do for a living in order to be able to afford it.

In a video posted Monday (Aug. 15), Mac approaches Beckham, who recognizes him from TikTok.

Mac replies, “Really? Are you like the best chef in the world?” To which Beckham replies, “Trying to be.”

When asked about his advice for people who want to get into cooking, Beckham says, “Just follow your passion. Whatever makes you happy, just keep going.”

Beckham famously attended New York’s Parson’s School of Design to study photography, but brushed off his earlier career path as a “hobby,” while describing his love of cooking as a discipline he would “literally die for.”

In a recent joint interview with his wife Nicola Peltz for diversityBeckham said he “dreams” of opening a dive bar in Los Angeles.

According to Auto Magazine Evothe majority of McClaren P1s for sale are listed at just over the million mark with a select few reaching £1.3million.

However, auto trading website Pistonheads only have two P1s listed for sale in the UK at the time of writing, both priced at £1.4m.

https://www.independent.co.uk/arts-entertainment/tv/news/brooklyn-beckham-chef-tiktok-mcclaren-car-video-b2146482.html Brooklyn Beckham says he’s a ‘chef’ as TikToker asks how he was able to afford a £1.2million car

Where are Sophia Grace and Rosie now? Viral child stars return to Ellen

LeAnn Rimes: ‘Guns have more rights in America than women’