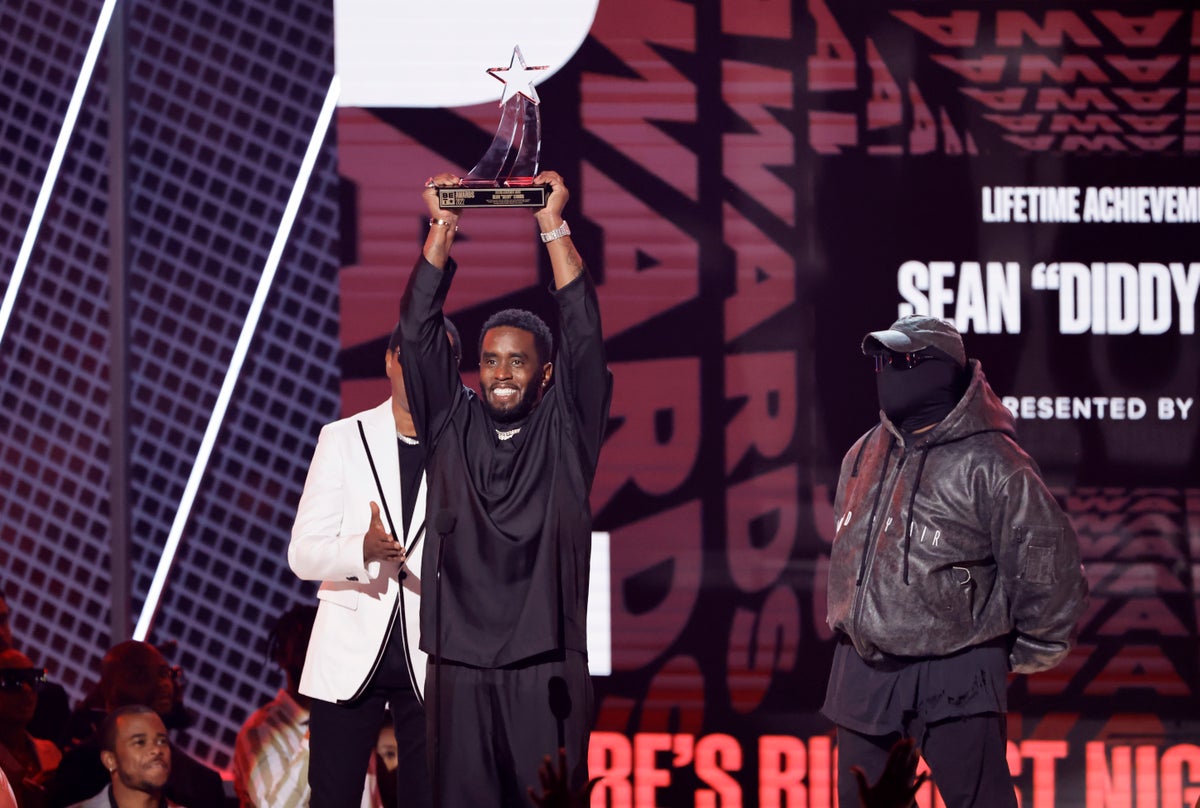 Kanye West made a surprise appearance at the BET Awards on Sunday (June 26) to present Sean “Diddy” Combs with the Lifetime Achievement Award.

The 45-year-old rapper, who legally changed his name to Ye last year, paid tribute to Diddy in a speech.

“How do we crown our kings? How do we value our kings? Thinking how far we could get on just inspiration, hearing someone hacked in a sample… hurrying to see who could get the bad boy mixtape and play the original version of “Benjamins” over and over, thought I was one of the killers,” Ye said.

“To see Puff in the ‘Missing You’ video in real life, like a little kid knocking myself free… I just have to get to know this man. This is my favorite artist. You see, I say favorite artists, everything, not specifically the production, the journey. There were so many rules in hip-hop back then and he broke them all.”

Speaking of how Diddy understands contracts “in a way that a lot of us still don’t understand,” Ye added, “I still take his advice to this day.

“He inspired so many of my decisions. So many of my life choices. My wife’s choice. And here we are. Thanks for that Puff… I was signed to Puff without his knowing… This statement is not legally binding!”

He also commemorated Kim Porter, who died in 2018.

During the star-studded awards ceremony, Diddy also performed his tracks “I Need a Girl”, “Pass the Cîroc” with Busta Rhymes and his new song “Gotta Move On” with Bryson Tiller.

What hair mask does Cardi B use?