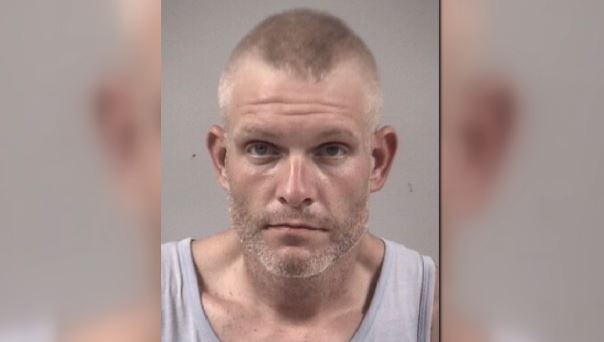 BENSON, NC (WNCN) – A night on duty for some Benson police officers became highly unusual when an officer said a man in a white truck pulled up next to them, bleeding profusely from his face, arms and wrist.

County records show the man suspected of the assault is charged with second-degree kidnapping and aggravated assault.

Officers were in a Days Inn parking lot on N. Honeycutt Street on July 23 when William Rudolph Hall III, 44, arrived from Dunn in a white pickup truck, according to an incident report by Officer Andrew W. Benson.

As Benson got out of his car to see how he could help Hall with medical help, Hall said he’d just been “kidnapped, whipped with a gun, hit with a baseball bat, bitten in the ear and someone’s breaking into an apartment a” less than a mile away.


Hall later said he was “held hostage in a dog run” behind the home of Johnathan Eugene Bass, 41, for about 3 to 4 hours. He said Bass “shot a pistol next to his head,” according to the report.

Hall supplemented his account of the incident, saying he was forced to strip and climb into a child-sized pool inside the dog’s enclosure. He said Bass also hit him in the left wrist with a baseball bat, which was later confirmed broken by Johnston County EMS.

Hall gave officers the location of the home near a Valero gas station on W. Main Street.

Officer Benson went in search of the house while another officer tended to Hall. When Benson arrived at Bass’s home with another officer, they spotted Bass on the porch.

Bass was visibly upset and asked her to leave his property, the report said.

Officers said they noticed a shotgun and baseball bat on the corner of the porch. They restrained Bass after he continued to be uncooperative. Benson’s police report said Bass warned officers it would be “a bad day” for them to use the restraints on him.

According to the police report, officers found two pocket knives on Bass when they frisked him.

Upon searching Bass’s home, police said they found a bullet hole in the side of the home, where Hall told them the shots occurred near his head.

Bass was initially charged with aggravated assault and minor assault and was taken to the Benson Police Department. Benson wrote in his report that Bass was placed in ankle cuffs after maneuvering his bound hands to the front of his body.

Bass was later taken to the Johnston County Jail, and officers returned to the home to confiscate the shotgun, several shotgun shells, and two pocket knives as evidence.

Vic Mensa ‘What You Taught Us’ Salutes Virgil Abloh