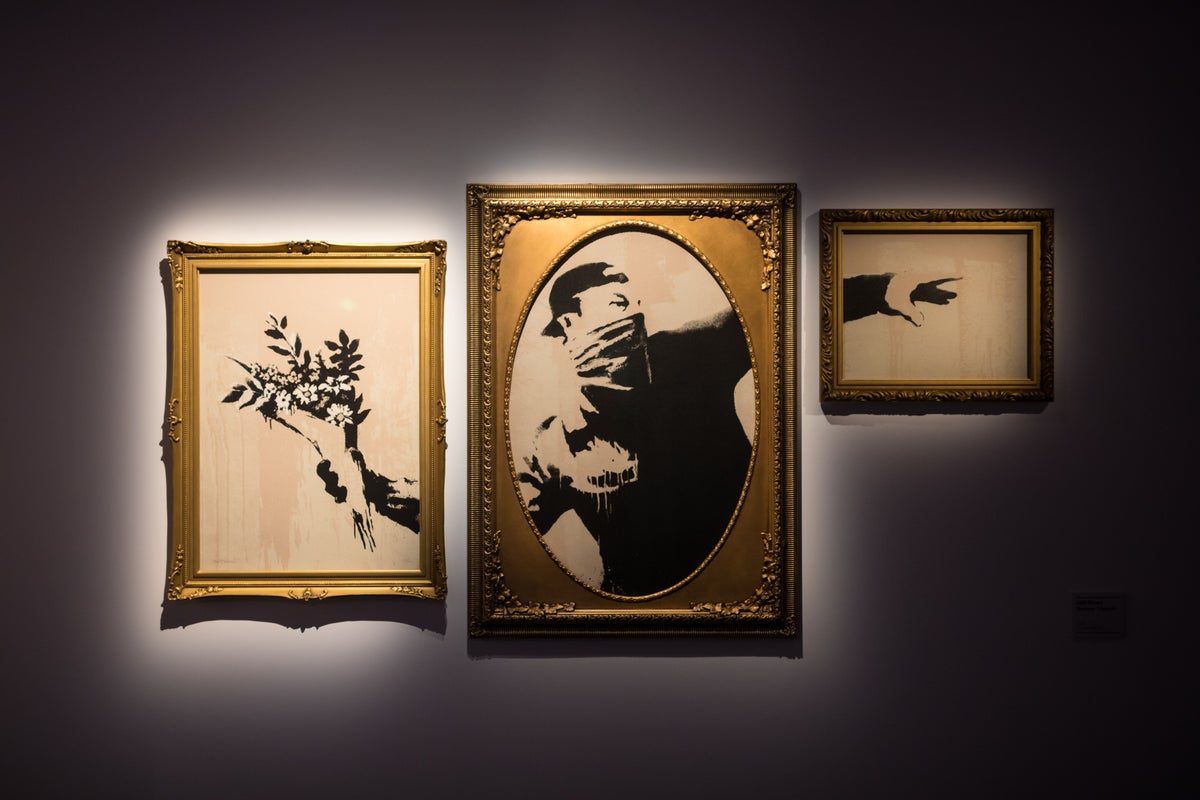 A touring exhibition of original Banksy artwork will open at Salford’s MediaCity this autumn after a year in London.

The Art of Banksy exhibition, featuring 145 authenticated works including prints and canvases, is set to open on October 21.

The exhibition has not been authorized by the famous graffiti artist, all works are on loan from private collectors.

The collection includes work from 2002 to 2017, including pieces that brought the artist international acclaim such as Girl With Balloon (2002).

Flower Thrower (2003), in which a young protester throws a bouquet of flowers, will also feature, as will Rude Copper (2002), in which a police officer holds up his middle finger.

Among the pieces is Brace Yourself (2010), which made headlines when Banksy donated the painting to the band formerly known as Exit Through the Gift Shop in exchange for the rights to their name.

The exhibition will be housed in a purpose-built 1,200 square meter temporary structure, offering visitors the opportunity to view the artist’s work in a way not possible on the street.

The Art Of Banksy, presented in collaboration with HOME, is on view in MediaCity from October 21st to January 8th.

https://www.independent.co.uk/arts-entertainment/art/news/banksy-exhibition-salford-mediacity-tickets-b2167901.html Banksy exhibition of 145 original works of art, which will be on view in Salford until January

Dolly Parton: how old is the country singer’s birthday, what songs is she famous for – and the best quotes

Teen mom Briana DeJesus fans are ‘excited’ as star’s daughter Nova, 10, is photoshopped to make her look ‘much older’