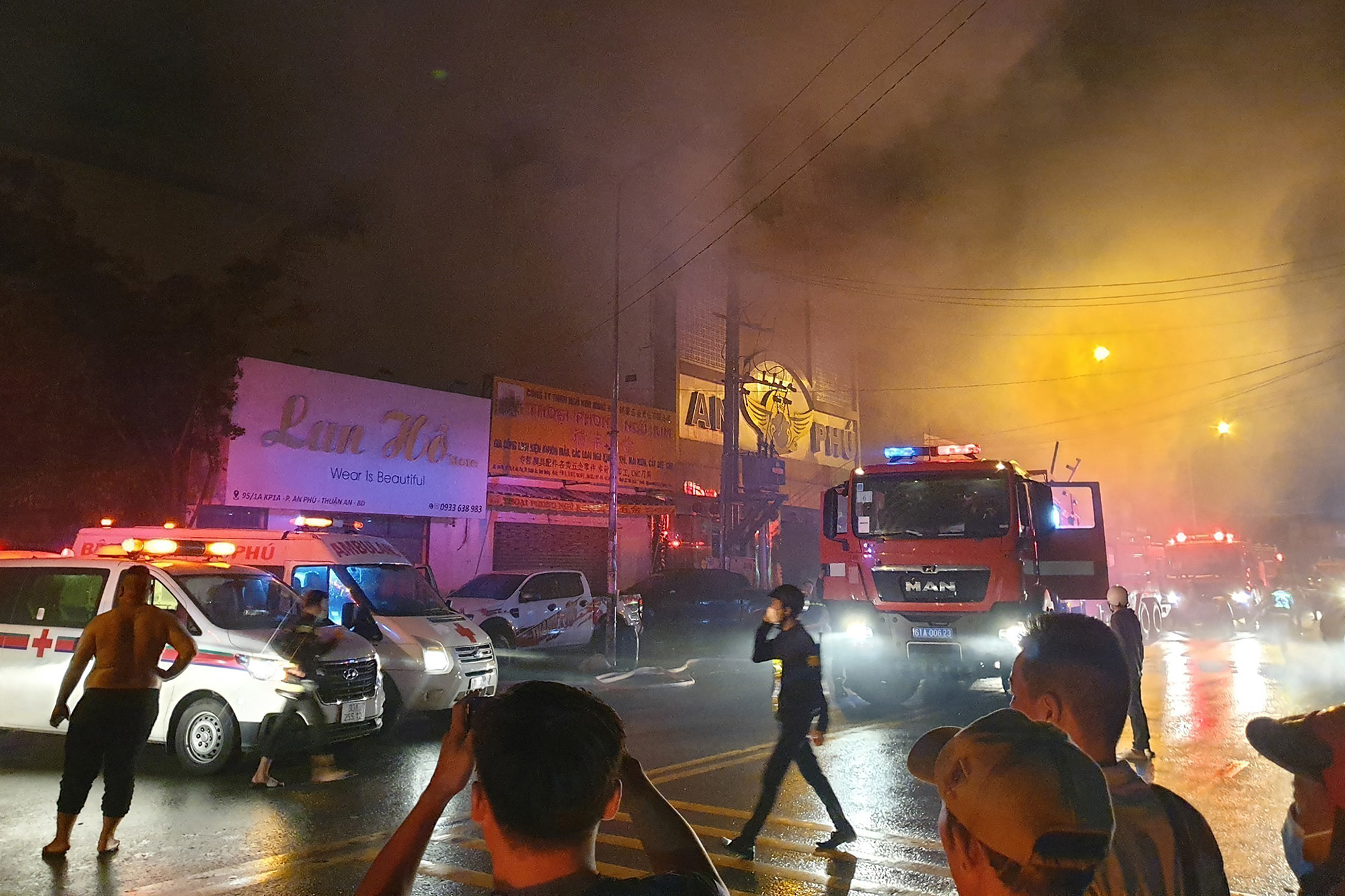 HANOI — At least 12 people died and 40 others were injured in a fire at a karaoke bar in southern Vietnam, state media reported on Wednesday.

The fire broke out Tuesday night at the bar in Binh Duong province, an industrial manufacturing hub near Ho Chi Minh City, according to Vietnam’s official news agency.

Among the injured, 11 are in serious condition, the report said.

“When the fire broke out I was so panicked and ran to safety and I don’t remember how it happened,” a witness, who identified only as Quynh, was quoted in the report as saying.

Prime Minister Pham Minh Chinh on Wednesday ordered the Ministry of Public Security and provincial authorities to investigate the cause of the fire.

Karaoke is popular in Vietnam, but lax safety standards at venues have raised concerns. Three firefighters were killed in a fire at another karaoke bar in Hanoi last month.

https://nypost.com/2022/09/07/vietnam-karaoke-bar-fire-leaves-at-least-12-dead/ At least 12 people have been killed in a fire at a karaoke bar in Vietnam

Exclusively 2022: Fans are thrilled as 'beautiful' first trailer for a new series has been released ahead of the launch show