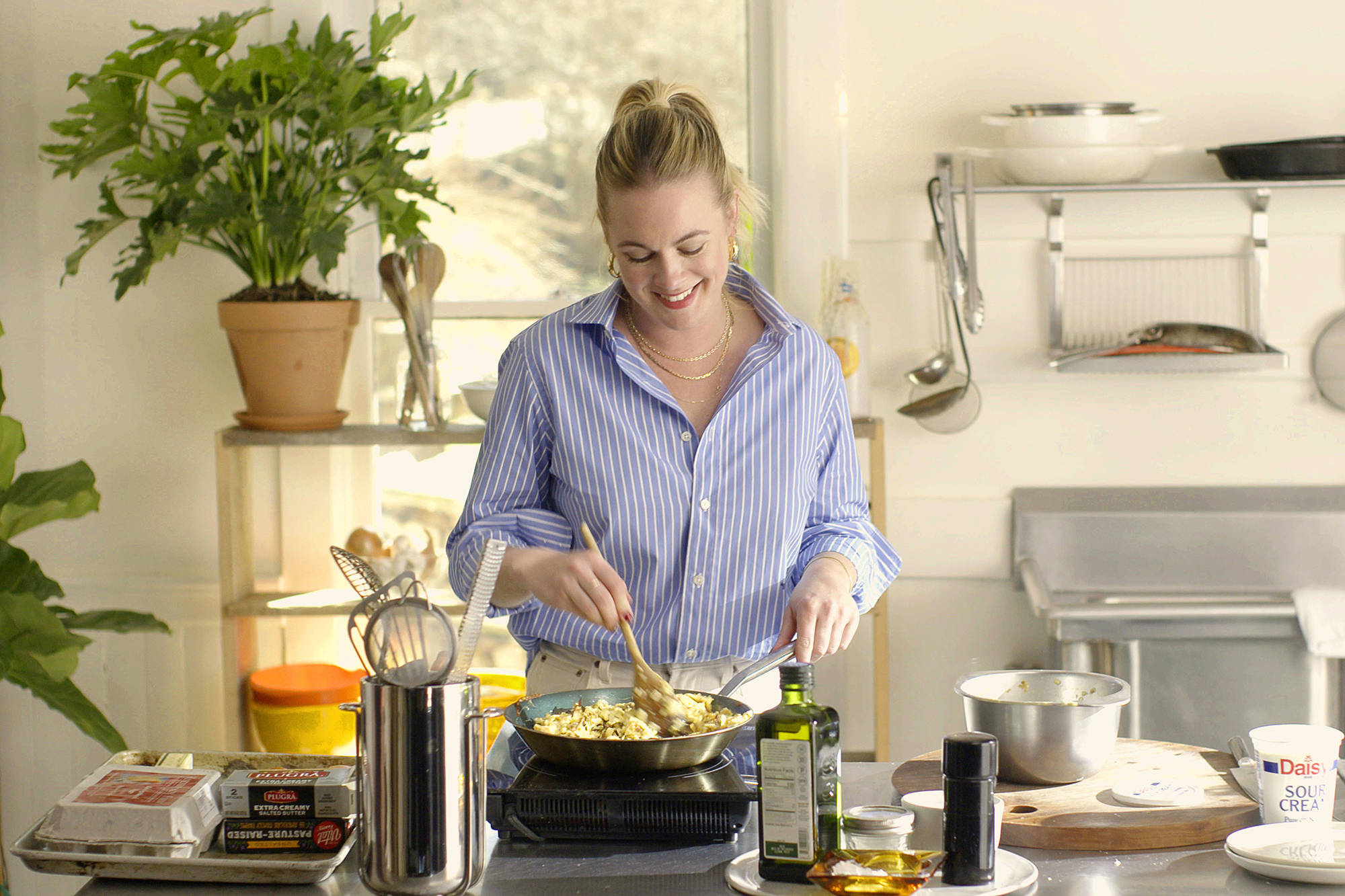 Cookbook author and former New York Times columnist Alison Roman, who came under fire after criticizing Chrissy Teigen and Marie Kondo debuting a new cooking show on CNN in a May 2020 interview with the New Consumer.

The four-part series, titled (More Than) A Cooking Show, follows Roman, 37, as he travels, learning about ingredients and trying out recipes.

Roman was scheduled to launch her show on CNN+ earlier this year, but that platform was shut down as part of a reorganization at Warner Bros. Discovery, which owns HBO, CNN, TLC, and other networks. The reorganization also included layoffs at HBO Max and a shelved “Batgirl” movie.

CNN’s struggle to survive wasn’t the best-selling author’s only obstacle; Roman’s now-infamous 2020 remarks about Teigen and Kondo caused an uproar on social media.

“What Chrissy Teigen did is so crazy to me,” Roman told Consumer in 2020. “She had a successful cookbook. And then it was boom, line at Target. Boom, now she has an Instagram page with over a million followers where just people run a content farm for her. That appalls me and it’s not something I ever want to do.”

Regarding Kondo, she said, “The idea that Marie Kondo, when she decided to capitalize on her fame and make stuff that you can buy, is totally contrary to anything she’s ever taught you.”

After considerable backlash, Roman’s Times column was shelved, and she apologized to Teigen.

“Being a woman who puts other women down is absolutely not my thing and I don’t think it’s yours (I’ve obviously failed to communicate that effectively). I hope we can meet up one day, I think we would probably get along,” Roman wrote. At the time, Teigen went public with her disapproval of the Times’ decision, telling her Twitter followers, “I want her back.”

Roman split from the Gray Lady in December. “I’m proud of the work we’ve done together but excited for this new chapter,” she wrote on Instagram.

Roman lit up the internet again in 2021 after she put her apartment in Boerum Hill up for rent. That summer, she shared details about her new home in the same neighborhood with her newsletter subscribers.

(More Than) A Cooking Show will premiere on CNN at an unannounced date this fall.

I went ‘filler blind’ and got 10 syringes in my face… Damn, I look like a rubik’s cube

Tom Cruise: The one media story that the Mission: Impossible director said was “100 percent factually accurate.”