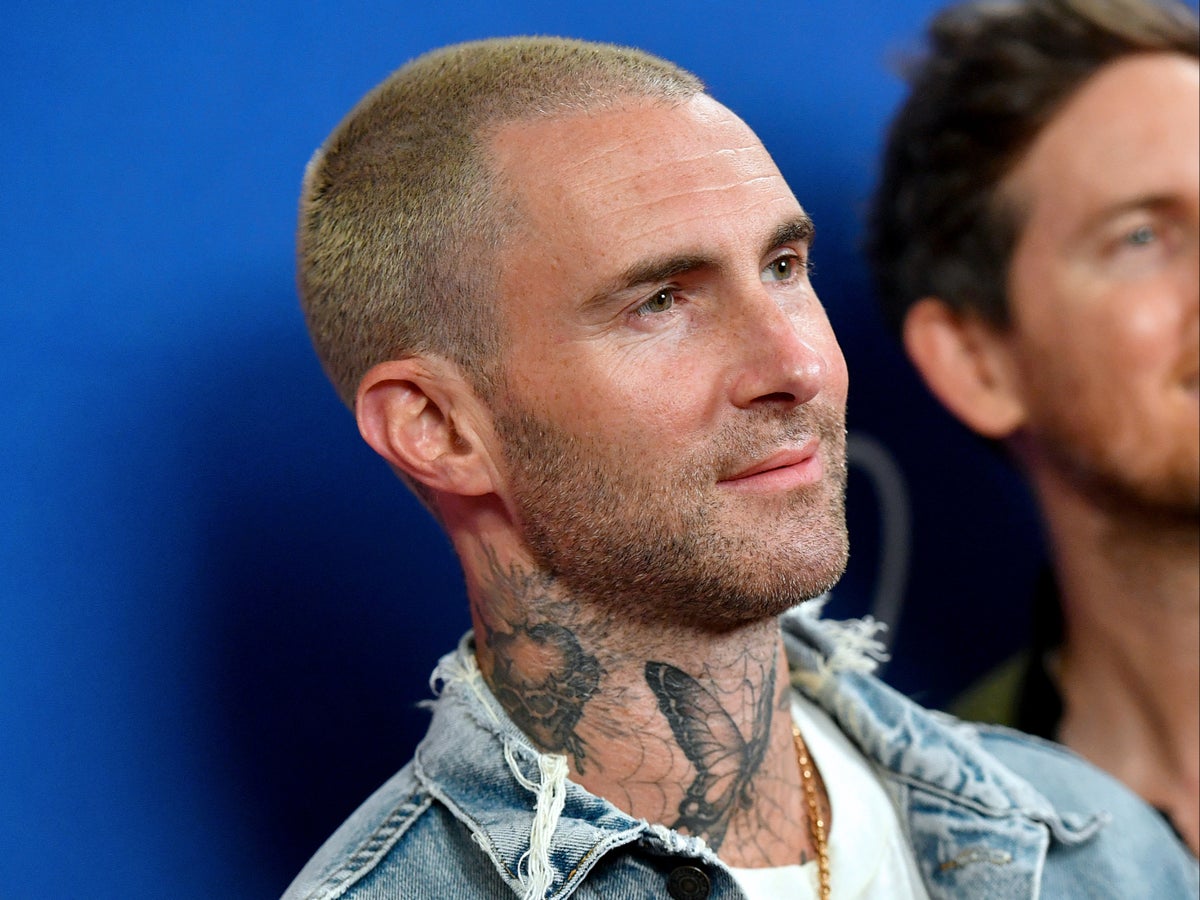 The Maroon 5 frontman, 43, who is currently expecting his third child with wife Behati Prinsloo, of eight, was accused this week of having an affair with model Sumner Stroh.

Levine has since addressed the allegations, claiming he “didn’t have an affair” but “crossed the line.”

However, other women have also come forward, claiming to have received flirtatious messages from the singer.

One such alleged message was shared by model Alyson Rosef on TikTok.

The since-deleted video showed a screenshot of an exchange between Levine and Rosef.

In it, Rosef writes: “I’m so weird too and only listen to metal lol.”

“Said there are no hot girls but you,” Levine replies.

The Independent has reached out to Levine’s rep for comment.

In her original allegations, Stroh claimed she’d been dating Levine for a year, saying, “At the time I was young, I was naive, and I mean, quite frankly, I feel taken advantage of.”

She then shared screenshots of her Instagram messages with the singer, some of which read: “It’s really unreal how freaking hot you are. Like it blows my mind.”

Stroh also shared more recent screenshots that appear to show Levine asking if he could name his unborn child after her if it’s a boy.

On Tuesday (September 20), Levine released a statement on Instagram, which read: “I’m being talked about a lot right now and I want to clear the air. I used poor judgment when speaking to anyone other than my wife for ANY type of flirtation.

“I didn’t have an affair, but I crossed a line at an unfortunate time in my life.”