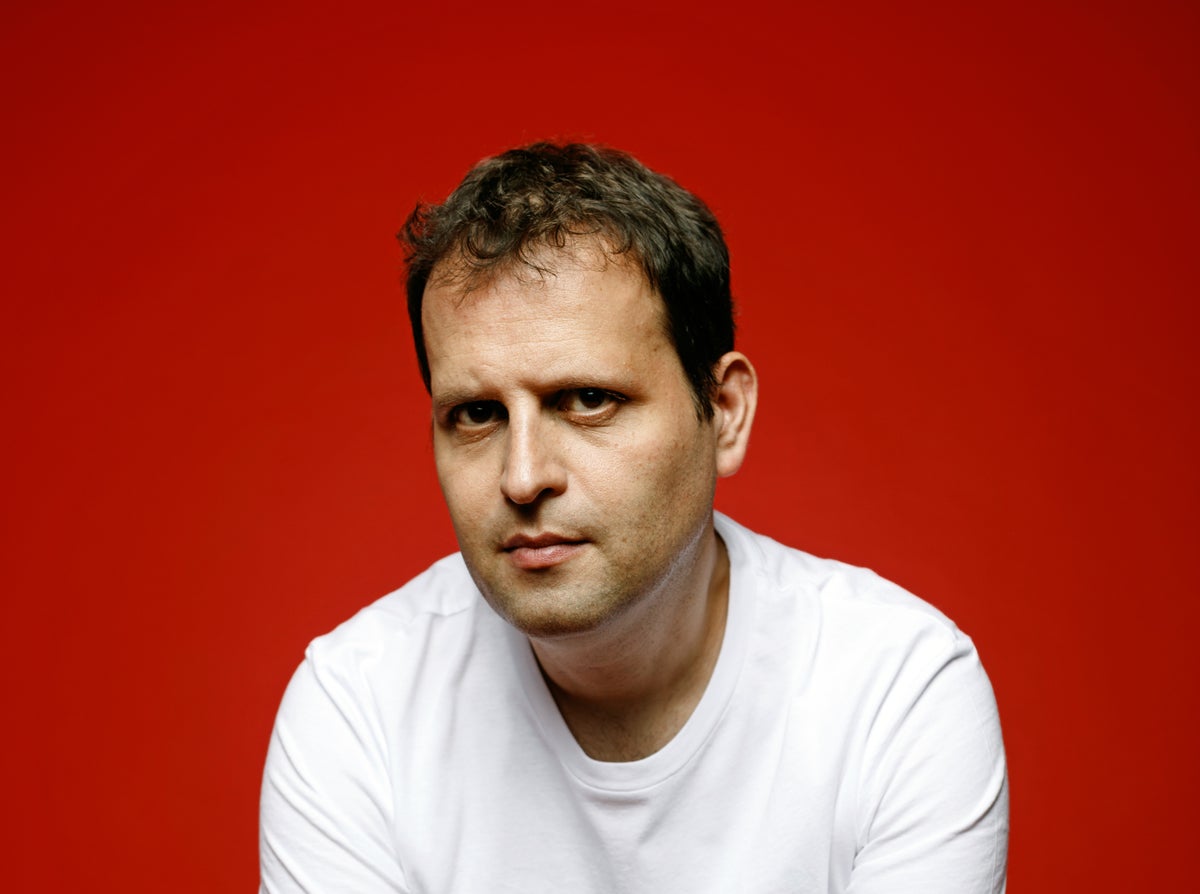 Adam Kay is concerned about the skeletons he left out of his closet in his latest memoir, Undoctored.

In the new book, the former resident-turned-comedian-writer reveals an eating disorder, divorce from his wife (he’s gay and now married to TV producer James Farrell), the loss of a child and a traumatic sexual assault.

“I’m very afraid of the stuff I’m saying going into the public domain,” says Kay, 42, whose first best-selling 2017 book This Is Going To Hurt was adapted into a TV series starring Ben Whishaw. “But I think if it can get a person to get help for something, then it’s worth it.”

Just as This Is Going To Hurt made you laugh and cry, Undoctored combines Kay’s scathing wit with great vulnerability. There’s darkness and fury, peppered with lighthearted moments as always. Both a prequel and a sequel, the book charts life since he left medicine, forging a career in comedy and writing, interspersed with childhood flashbacks, medical moments, his sexuality and very personal events in his life.

By the time he left medicine in 2010, Kay was suffering from nightmares and PTSD – the trigger being a caesarean that went horribly wrong when he was the oldest member of staff on the ward. The patient had undiagnosed placenta previa; the baby died and the mother lost 12 liters of blood and eventually had to have a hysterectomy.

Time has helped, along with the counseling he now has on a regular basis.

“Finally, the nightmares really stopped when I started talking about it, reading my journals on stage about five years ago and remembering this moment that I’d held inside for so long. But nothing has helped like talking about it with friends and professionals,” he says.

“I’m probably not a role model when it comes to seeking help, but I’m much better at involving experts. I mean, what would I say to someone doing their own prenatal care? I would advise them to see a specialist, a doctor, a midwife.”

As the son of a family doctor, he writes that his parents essentially pushed him to study medicine. There he felt like an outsider, struggling with body image issues and loneliness by going against the grain of who he really was in order to fit in.

He came out to his parents when he was in college, only to have them tell him he just hadn’t found the right girl yet. They must have felt vindicated when he married “H,” as he calls her, a few years later.

“For me, it wasn’t about hiding who I really am, it was about celebrating that I’d finally become the person society wanted me to be. I had fallen in love with a wonderful woman who loved me too,” he writes.

Looking back, he loved her, but not in the way he needed to — and in the first few weeks after the truth became inevitable, he was heartbroken, leaving medicine and his marriage within months.

“She knows what’s in the book,” he says now, but hesitates to elaborate.

He also reveals that they lost a child, which they discovered during an ultrasound scan at the hospital where he worked.

“It was an unwanted pregnancy,” he recalls. “I passed out during the scan and that really illustrated to me the paramedic’s ‘just go ahead’ approach. There doesn’t seem to be anything so big that you can’t just get on with it – and it’s destructive.”

Returning to work was hard.

“I was really struggling and I was made to feel like you shouldn’t say anything, which made things worse. But if you’re struggling with something, you have to talk about it.”

In the days that followed, Kay’s grief was compounded when another registrar joked on the way to a caesarean about the possibility of him fainting.

Kay considered asking if he could leave the early pregnancy clinics for a while, but was too embarrassed to ask one of his colleagues to cover. He was also jealous and resentful when healthy babies were born to people around him every day. He was denied time off, offered no counseling and attempted to move on.

“Losing a child hasn’t made it any easier to work in maternity and fertility services,” he reflects. “The more you push something away, the bigger the explosion when it comes to the surface, and a few years later I was really struggling with that. It was extremely difficult when I was working in the maternity ward and it remains difficult when I hear good news from friends who are having babies.”

Kay says he held on to the grief and hid it for years, and hopes his honesty in the book might prompt other doctors who are having trouble speaking to someone as well.

Further trauma followed as his medical career was on the decline and he decided to cheat on his wife – he describes the decision as a boil that had to be lanced – when an opportunity arose to perform at a medical conference in New Zealand. Kay thought that if he were on the other side of the world, he would have less of a chance of being spotted.

After scouring the city for gay spots, he ended up in a sauna where a man in his 40s got up, took his arm and led him to a booth where he raped him, Kay writes. He did not report the attack to the police, and certainly not to his wife when he got home. He just buried his misery and his guilt.

“I was very conflicted. I thought had I seduced this person? was it my fault Would anyone care and blow this all up and my then wife would have found out. It was so complicated – the shame, the stigma.”

He went on stage the night after the attack, he recalls. “Being on stage is still an escape,” he admits. “In those 70 minutes, when it’s my job to make people laugh, I don’t think about anything else. Comedy has been my defense mechanism pretty much my entire life, from being a class clown in school to dealing with tricky stuff during med school and being a doctor.”

However, the attack has had a lasting effect.

“It affects relationships, and because it was connected to performances, sometimes I think about it when I’m on stage.”

Despite all the professional and personal trauma, Undoctored is not a memory of misery. There are happily funny chapters about his marriage to Farrell, with whom he lives in Oxfordshire, and their step into family life, including a visit to a sperm bank.

Despite his early enthusiasm for children, Kay suddenly got cold feet.

“One day it will be right, but that day isn’t here yet,” he says simply, though he predicts they’ll likely have children at some point. But is the time ever right?

“That’s the thing about having logical, practical discussions about what’s essentially a big emotional decision. I wrote down the pros and cons, but we can’t do that here.”

He is currently touring with his one man show This Is Going To Hurt… More (adamkay.co.uk) and has no plans to write a second TV series of This Is Going To Hurt. He hopes to become more politically active to raise awareness of doctors’ mental well-being and campaign for the NHS.

But he misses being a doctor very much and still feels guilty for giving up the profession.

“I miss the reason every doctor goes into this, not for the money or the credit, but because you want to help people. The arts are of tremendous value and I can raise awareness of issues, but it’s a long way from being in a maternity ward and saving a baby’s life.

“I dare say I will be back in some form in the future.”

Undoctored: The Story Of A Medic Who Ran Out Of Patients by Adam Kay will be published by Trapeze on September 15th, priced at £22.

https://www.independent.co.uk/arts-entertainment/books/adam-kay-this-is-going-to-hurt-ben-whishaw-jacqueline-wilson-more-b2165997.html Adam Kay on the pain of losing a baby and finally speaking out about his grief

Zelda: Tears of the Kingdom is the new name of BotW 2, release date announced

Where did TikTok’s viral “You crazy girl” sound come from?

I’m a sleep expert – the tricks to help your child sleep anywhere, including on a plane and in a new crib