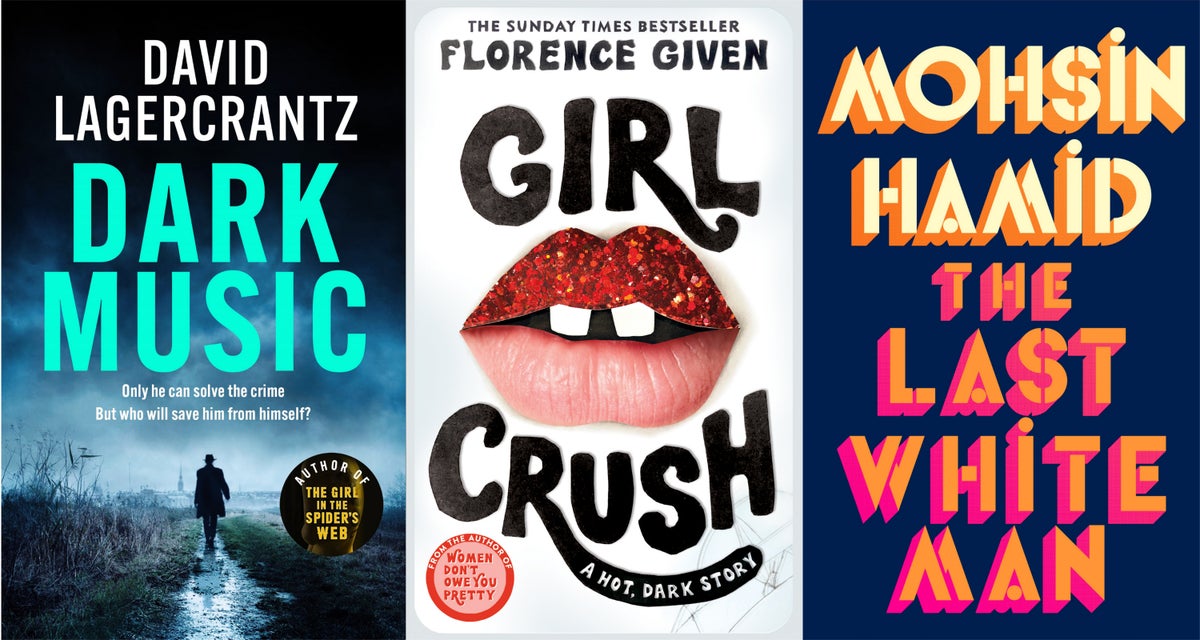 Bestselling Florence Given is back with her first foray into fiction…

A Sherlock Holmes-inspired crime thriller written by the author who successfully continued Stieg Larsson’s Millennium trilogy sounds like a dream. But it happened, and Stockholm-based David Lagercrantz has penned a classic crime thriller that brings together two unlikely allies who need each other’s expertise to uncover an international conspiracy. Local community police officer Micaela Vargas opens the story after being drawn into a murder investigation because she knew the suspect. She allies herself with Professor Hans Rekke, a specialist in interrogation techniques who is brought in to obtain a confession. Pairing a well-educated, upper-class man with a young local policeman from Stockholm’s suburbs is a brilliant idea, and you’ll love the massive contrast in style of the two main characters coping with the ups and downs of a complicated investigation – one that Holmes himself would have liked to have solved.8/10 (review by Alan Jones)

This latest novel by Mohsin Hamid is a metaphorical tale of a town whose residents suddenly begin to change their skin color from white to brown. In a distanced, rolling manner, Hamid tells of the tension, conflict and near social collapse that result, with a special focus on the impact on the lives of yoga teacher Oona and fitness trainer Anders, who were among the first to change. In telling the relationship between Oona and Anders, their thoughts and feelings, their struggles with the loss – of family members, identity and community – the novel is at its strongest, to the extent that the wider implications of the changes, the conspiracy theories and the riots, almost disappear from view. The personal experience of difference and conformity, a familiar theme from Hamid’s other works, is hauntingly evoked and gives this novel-like fable its emotional root.7/10 (review by Joshua Pugh Ginn)

When artist Eartha finally leaves her unfaithful and rather useless boyfriend, she looks forward to being her real self and trying to date both women and men. She soon realizes that relationships can be difficult no matter who they are with, and life gets even more complicated when her drunk coming out video propels her into a social media celebrity. Given’s entertaining first novel examines how people interact with each other in person and online, examining how real life differs from the constructed social media images that people create. The easy-to-read story also offers an interesting perspective on the price influencers sometimes have to pay to make a living. 7/10 (review by Beverley Rouse)

4. Forgiveness: An Exploration by Marina Cantacuzino is available as a hardcover from Simon & Schuster UK priced at £14.99 (eBook £8.99). Now available

What does it really mean to forgive? Is it an act of kindness, selfishness, or something else entirely? That’s what Cantacuzino’s ongoing Forgiveness project is trying to find out. As such, Forgiveness is less of a self-help book and more an in-depth case study of what exactly it means to forgive. It brings together a range of personal stories and expert insights to introduce and challenge various definitions of forgiveness from around the world, and applies science, religion and spirituality to refine the concept and offers readers a more objective understanding of how how forgiveness can help us overcome trauma and live free from resentment. A cautious warning: The personal stories Cantacuzino has chosen are often extreme and sometimes harrowing, and can often make the sense of forgiveness difficult for the average reader to grapple with. Proceed with caution and don’t necessarily expect to become more forgiving after the last page. 5/10 (review by Scarlett Sangster)

children’s book of the week

5. Peter Rabbit: Hide and Seek! by Rachel Bright, illustrated by Nicola Kinnear, is available in paperback from Puffin and is priced at £7.99 (eBook £5.99). Now available

The world’s favorite bunny is back on the childhood agenda with Hollywood movies, an animated TV show and now a new adventure thanks to author Rachel Bright. Peter Rabbit: Hide and Seek! is the second in this new series of adventures for the floppy-eared hero and sees him playing tricks on Mister Death the fox and inventing a cloak of leaves to protect him from prying eyes. But when Peter gets boastful, he attracts unwanted attention that puts him in danger once again. Bright presents a fresh story that stays true to the original books and is peppered with characters from Beatrix Potter’s canon, but with a sweetness that departs from Potter’s more open tone. With an encouraging and playful narrative complemented by lush illustrations by Nicola Kinnear, this lyrical tale is a welcome addition to any young child’s bookshelf.8/10 (Review by Holly Cowell)

Hardcover (non-fiction)1. Jane’s Patisserie Celebrate! by Jane Dunn2. Why hasn’t anyone ever told me this before? from Dr. Julie Smith3. Revenge by Tom Bower4. Femina by Janina Ramirez5. None of the above by Travis Alabanza6. House arrest by Alan Bennett7. Murderers in the Kremlin by John Sweeney8. The Hong Kong Diaries by Chris Patten9. The Girls Bathroom by Cinzia Baylis-Zullo & Sophia Tuxford10. The Escape Artist by Jonathan Freedland (compiled by Waterstones)

AUDIOBOOKS (FICTIONAL AND FACTICIAL)1. Where the Crayfish Sing by Delia Owens2. Why hasn’t anyone ever told me this before? from Dr. Julie Smith3. The Family Remains of Lisa Jewell4. Atomic Habits by James Clear5. Revenge by Tom Bower6. Chemistry lessons by Bonnie Garmus7. That much is true by Miriam Margolyes8. The Thursday Murder Club by Richard Osman9. One Last Secret by Adele Parks10. The Hollow Crown by Dan Jones (compiled by Audible)

Bring Rachel Zegler to the Oscars

Sam Neill explains why he’s still “getting a lot of criticism” from Jurassic Park fans.