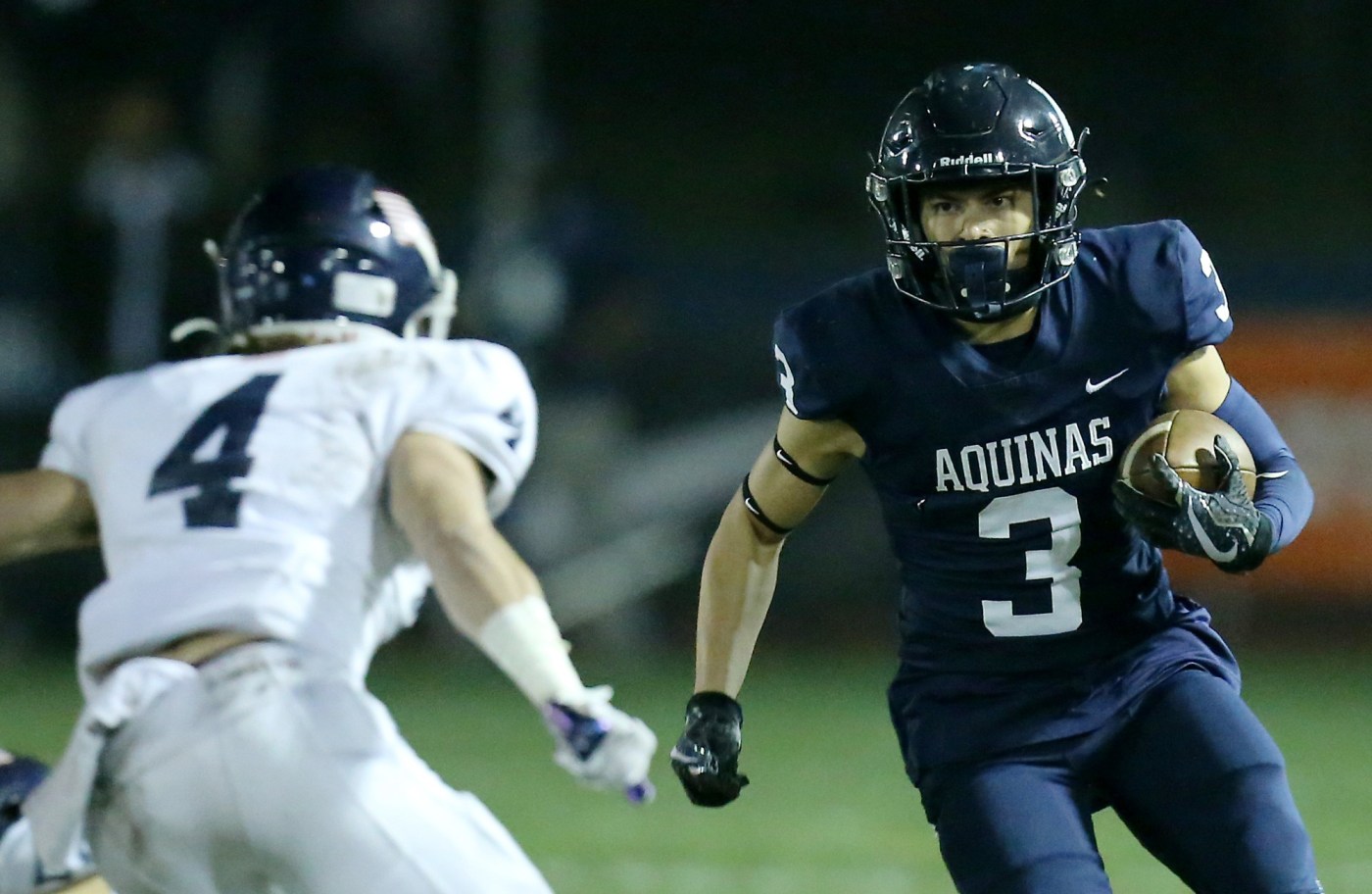 The CIF Southern Section announced the soccer awards earlier this week, and 11 Domestic athletes have been selected as player of the year in their respective schools’ playoff divisions.

Aquinas rerun Jusyis “JoJo” Solis was selected as Division 7 offensive player of the year and the only freshman to receive one of the highest honors. He dashed for 2,088 yards and scored 37 touchdowns for the Falcons. Solis ran 819 yards, a total of 977 yards from the script, and scored 14 goals in the knockout round.

Aquinas senior full-back Marco Perez was Division 7 defender of the year for helping the Falcons win the championship title.

Colony won the title in Division 9, as senior midfielder AJ Jones and senior defender Isaiah Ward took the title of offensive and defensive player of the year respectively. Jones transitioned from receiver to quarterback and helped the Titans win the section title. Ward registered 77 tackles and led the team with 17.5 tackles.

Arlington ran again Raymond Warhop and defensive back Jordan Clark took the Division 13 player of the year award. Warhop raced 224 yards and two touchdowns in the section theme game, and Clark had a pair of interceptions and one recoveries in that game to help the Lions win the championship.

Rialto juniors run back Antoine Fowler was Division 14 attacker of the year after dashing 1,721 yards and 22 touchdowns. Senior Indian Springs defender Byron Jones was Defensive Player of the Year after registering 79 tackles and seven pitches.

California School for the Deaf, Riverside middle school quarterback and winger Trevin Adams are one of three athletes to win the title of player of the year in the 8th division football 2nd division. Adams threw 2,452 yards and 51 touches, ran 1,263 yards and 24 touches and also led the CSDR defense with 98 tackles.

Defensive Player of the Year: Reid Farrell, Valencia, LB, So.